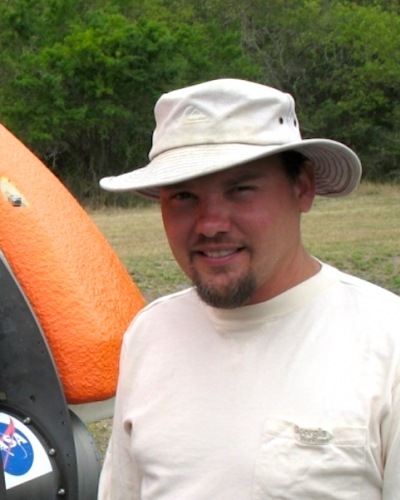 I'm a karst hydrogeologist who specializes in investigations that expand our understanding of karst processes, and study the implications that karst hydrogeology has on natural resource management. I received my Ph.D. in hydrogeology from the Jackson School of Geosciences at The University of Texas at Austin in 2009, and a B.S. degree from the same institution in 2001. My dissertation focused on defining the geological processes that formed one of the deepest underwater cave systems in the world, Sistema Zacaton. This multi-disciplinary research included studies utilizing geophysics, geomicrobiology, hydrology, field mapping, geochemistry, and numerous related topics. Most notably, Sistema Zacaton was explored by the DEPTHX autonomous underwater vehicle (AUV), also known as the Deep Phreatic Thermal Explorer, developed and tested with funding from NASA. The DEPTHX probe produced a detailed 3-D spatial dataset used to characterize this underwater cave system. I also worked for 8 years as a hydrologist for the U.S. Geological Survey, 4 years as a private environmental consultant, and am currently the Field Operations Project Manager for the Edwards Aquifer Authority in San Antonio, Texas. Since 2011, I have taught a class in Applied Karst Hydrogeology at the Jackson School of Geosciences, integrating research objectives of the Edwards Aquifer Authority with this class, strongly emphasizing field hydrogeology. Prior to my career in geosciences, I worked as a commercial diver (A.S. in Marine Technology - College of Oceaneering, 1994), working for over 8 years in the offshore oil industry, conducting marine archeological surveys, managing hyperbaric medical facilities, exploring underwater caves, and recovering ICBMs for the U.S. military in the south Pacific.

Photos of research of the Sistema Zacaton karst area

Karst Hydrogeology and Speleogenesis of Sistema Zacaton
Re-published dissertation of Marcus Gary, published by the Association of Mexican Cave Studies