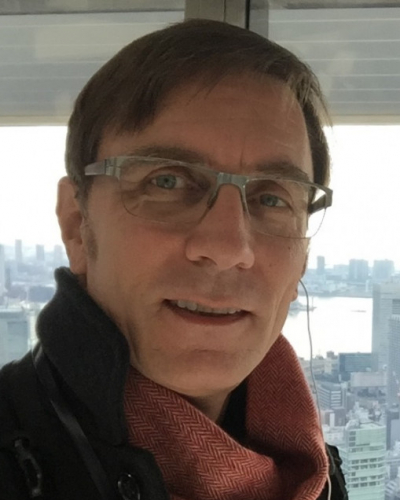 Ken Wisian, Ph.D., Major General USAF (retired), is Associate Director, Environmental Division, of the Bureau of Economic Geology, Jackson School of Geoscience, The University of Texas at Austin. He also holds appointments in the Center for Space Research and in the Aerospace and Engineering Mechanics Department, Cockrell School of Engineering, is a charter member of the Center for Planetary Systems Habitability at UT Austin and is a Fellow of the British Interplanetary Society. Previously, Dr. Wisian was a senior state executive responsible for disaster recovery, oil spill prevention and response, and coastal infrastructure and environmental protection for Texas.

Dr. Wisian is a geophysicist whose main research is geothermal systems for electricity generation. Other research interests include; infrastructure resiliency, disasters, autonomy/drones, applied gravity, planetary geology/space exploration and international relations. Dr. Wisian has published/presented work in subjects as diverse as geophysics, defense, artificial intelligence, crisis leadership and deep space exploration. Dr. Wisian holds a Ph.D. in Geophysics from Southern Methodist University, an M.S. in Strategic Studies from the US Army War College, an M.S. in Geology from Centenary College, and a B.A. in Physics from the University of Texas at Austin. He teaches or has taught; environmental geology, military history, leadership and currently teaches Life in the Universe.

Militarily, General Wisian, a navigator/bombardier, flew bombers, transports and fighters, is a graduate of the USAF Test Pilot School and commanded the 147th Reconnaissance Wing flying the MQ-1 Predator. General Wisian participated or lead military disaster response efforts for the Shuttle Columbia crash and multiple hurricanes. Ken is a graduate of the US Air Force Test Pilot School and has more than 70 hours of medium and high-risk test flights. General Wisian has combat time in Iraq, Afghanistan and the Balkans, and his medals include the Bronze Star and Air Medal.