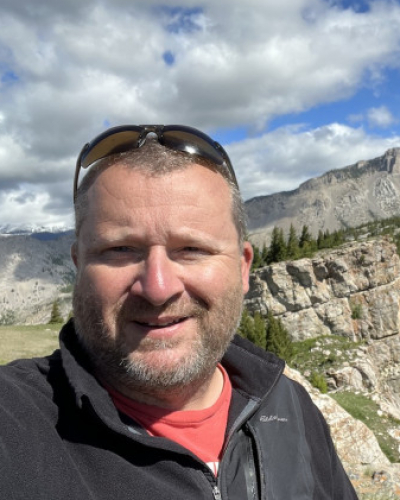 I grew in the sub-Alpine Molasse next to the external Helvetic Thrust sheets outside of Lucerne, Switzerland. I attended ETH Zurich as an undergraduate and worked in the Eastern Alps on orogen-parallel extension (Brenner Fault) for my M.S, before moving the USA in 1995 for my Ph.D. at Stanford University investigating the timing of Basin and Range extension. After a 2-year postdoc at Caltech during the early years of (U-Th)/He dating, I taught at the University of Kansas for a decade as an Assistant and Associate Professor and move to the University of Texas in 2011 as a Full Professor. I am currently the Chevron (Gulf) Centennial Professor in Geology, the Director of the UTChron laboratory, and the incoming DGS Dept. Chair (2021). During my time at KU and UT, I established cutting-edge (U-Th)/He, 4He/3He, and LA-ICP-MS laboratories (UTChron).

My research focuses on the integrated application of thermochronology and geochronology to tectonic and geological problems to better understand the temporal and thermal aspects of tectonic, petrologic, stratigraphic, and geomorphologic processes. In particular, I am interested in combining structural geology with ge0- and thermochronology to elucidate the spatial and temporal distribution of deformation in intra-continental rifting, orogen-parallel extension, and continental break-up leading (Basin and Range, Red Sea, Alps-Pyrenees, and the Aegean,) as well as collisional tectonics, timing of thrusting, and coupling of fold-and-thrust sheet and foreland basin dynamics (e.g., Sevier, Zagros, Verkhoyansk FTBs).

In addition to the application of geo- and thermochronometry to tectonics, my research group also focuses on both the developement and calibration, and bench marking of novel geochronology, thermochronology, and petrological tools. This includes a special emphasis on development of new He noble thermochronmeters (e.g., monazite, rutile, spinel, magnetite, spinel etc.) and LA-ICP-MS U-Pb and REE methods (e.g., U-Pb depth profiling, U-Pb-He double dating, U-Pb and REE split-stream analysis and 2D mapping, garnet U-Pb dating, etc.).

With the acquisition of a SFT Helix sector-noble gas machine coupled to an extraction line with diode laser and light-bulb furnace for fractional-loss step heating experiments and a dedicated Excimer Analyte G2 Laser for He laser ablation, our research foci also include thermal history recovery from single apatite and zircon grains and cosmogenic 3He dating.

2010 - Apache Egypt. Thermochronometric Investigation of the Thermal History and Maturation of Paleozoic strata of the Western Desert, Egypt. $149,972.

2009 - NSF Instrumentation and Facilities. Upgrade of the Laser Heating System for the (U-Th)/He laboratory at the University of Kansas. $76,500.

2007 - Navy Geothermal Program. Thermochronometric Constraints on the Connection between Advection of Heat through Faulting and Nature of Geothermal Resource for the Hawthorne/Wassuk Range area, Nevada, $134,000.

2003 - NSF Tectonics. Timing and Kinematics of Cenozoic of E-W Extension in central Tibet Important Transition in the Strain Field of the Tibetan Plateau. $229,909.

2015 - NSF IF MRI. Acquisition of a Multicollector Inductively Coupled Plasma Mass Spectrometer for Earth Science Research at the University of Texas at Austin. $452,544.

Max Ehrenfels , Ph.D., expected 2026 (Supervisor)
The aim of my research is to improve established methods and develop new methods to extract thermal history information using the (U-Th)/He decay system in zircon. An initial project will produce new mineral standards to overcome analytical shortcomings in the currently used laser ablation (U-Th)/He protocol. This will lay the groundwork for further investigating fundamental basics such as the diffusion...

Daniel Ruiz Arriaga , Ph.D., expected 2023 (Supervisor)
My current research is focused on the architecture reconstruction of Jurassic syn-rift basins along east Mexico to better understand the tectonic drivers behind the early Mesozoic history of the Gulf of Mexico. The approach I use relies on the integration of structural and stratigraphic observations at different scales, in combination with sediment provenance analysis and detrital zircon geo- and thermochronology....

E. Gabriela Gutierrez , Ph.D., expected 2022 (Co-supervisor)
My current research is focused on sediment routing systems at various temporal and spatial scales. I am interested on elucidating how these systems respond to allogenic controls in sedimentary basins as well as understanding the impact on the structural setting, stratigraphy and hydrocarbon systems of the basin.

Patricia Ascanio-Pellon (Supervisor)
My research is focused on geochronology, structural geology, and sedimentology. I am using detrital zircons from Jurassic sandstones in western Cuba to determine the sediment's provenance and its implications for Caribbean tectonics.

Ethan M Conrad (Co-supervisor)
My research interests include structural geology, tectonics, fault mechanics, and tectonic geomorphology. I use field observations, thermochronology and laboratory experiments to study how landscapes deform in response to tectonic and climatic forces. The field component of my research is focused on the Cenozoic evolution of the Northern Caribbean Plate Boundary. In particular, using the geology of Hispaniola as a key...

Edward Clennett (Committee Member)
I am a third year PhD candidate in the geodynamics and tectonics group at UT Austin. I am interested in plate tectonic reconstruction models, and how we can use plate driving forces to better constrain past plate motion and continental deformation. Plate motion and deformation are modelled through time using plate reconstructions. These are widely used across industry and academia...

Melissa Wolfe, M.S., 2009 (Supervisor)
University of Kansas
Thesis: He Diffusion in Rutile and Calibration of Rutile (U-Th)/He Thermochronology on the KTB Ultra-Deep Borehole

Markella Hoffman, M.S., 2009 (Supervisor)
University of Kansas
Thesis: Incision and exhumation history of the Colorado Plateau in the Canyonlands to Book Cliffs Region, Utah Now with ExxonMobil in Houston TX

Innovative Detrital Provenance Studies - Double Dating PLUS
A major thrust of my current research the development and application of more comprehensive isotopic detrital provenance tools. U-Pb on zircon is clearly the big work horse, but only goes so far and sometimes yields "no" useful info, e.g., if the source of the sediment is mostly recycled sediment. We have extensively pursued double dating of zircons by U-Pb and He, as zircon He ages yield very interesting insights into the thermal and tectonic history of the source terrane; often yielding very different insights than crystallization ages. The combination is powerful, but I think we can take things so much farther by combining double dating with other constrains. People have tried fission track (not precise enough), Hf/Hf (to get mantle separation model ages), etc., but what we want to do and are working on is really Double Dating ++, combining zircon U-Pb-He dating with a variety of other geochemical aspects to more comprehensive understand detrital provenance and improve paleo-tectonic reconstructions. For example, trace-element thermometry (Ti in zirc), REE on zircon (met vs mag origin), Hf/Hf (see above), oxygen isotopes, etc. and also to develop rutile in an analogous manner (e.g., Zr in rut thermometry, Cr/Nb ratio (mafic vs granulitic), REE, etc.). The sky is the limit and what can learn so much. The issue in part it, how much can a single grain tell us before it's gone? The project sounds very laboratory oriented, but it's really a combination of field and lab work. We have identified a few possible case study areas, e.g., Morocco; great exposures, long-lived and preserved record of basin deposition since the Precambrian. My group is already working on some case studies in NW Himalayas, the N & S Pyrenees, the Sevier FTB, Permian Basin and other foreland basin. New projects include provenance studies along rifted and passive continental margins such the Gulf of Mexico, the central Atlantic Margins in Canada, USA, Portugal, and Morocco.

Ph.D. Project Greece – Petrochronology and tectonic evolution of the Cycladic Blueschist Complex (University of Texas at Austin) (4-5 years)
Ph.D. project available in the Stockli Research Group and UTChron Laboratory of the Dept of Geological Sciences (https://www.jsg.utexas.edu/dgs/) at the Jackson School of Geosciences (https://www.jsg.utexas.edu/) of The University of Texas at Austin. The project focuses on the tectonic and metamorphic evolution of the Cycladic Blueschist Complex in central and northern Greece to constrain the tectonic and metamorphic evolution of one of the world’s best-exposed subduction complexes. The project entails field mapping and structural analysis with strong emphasis on accessory mineral (zircon, apatite, titanite) LA-ICP-MS petrochronology, microanalytical mineral imaging and elemental and isotopic mapping, and low-temperature (U-Th)/He thermochronometry of the Cycladic Blueschist Complex in central and north-eastern Greece with the goal of constraining the pre-subduction, subduction, and exhumation history of Cycladic blueschists and understanding subduction underplating within the Hellenic subduction complex. The project is a collaboration with the University of Athens (Prof. Soukis) and we are seek an outstanding, motivated, and independent PhD student with interested in combining field and cutting-edge laboratory work.

Applications are due January 1, 2022, and information about applying to our program is online using the online application from the Graduate School of the University of Texas at Austin. Applications must be complete in the Graduate and International Admissions Center (GIAC) by the appropriate deadline. ALL ITEMS must be received by the deadline. We currently do not require submission of a GRE score for the application for the Fall of 2022. International applicants do require submission of TOEFL scores.

The University of Texas at Austin is one of the most diverse campuses in the nation. With nearly 52,000 students from all 50 states and 123 countries, we take seriously our motto: What Starts Here Changes the World. We boast 18 colleges and schools with over 300 degree programs, representing a diversity of thought and scholarship that is staggering. The Dept. of Geological Sciences at UT seeks to foster an environment that promotes diversity, equity, and inclusion where faculty, students, and staff feel valued and welcome regardless of race, ethnicity, sexual orientation, gender identity, religion, nationality, veteran status, socio-economic status, political beliefs, physical or cognitive ability, and age.