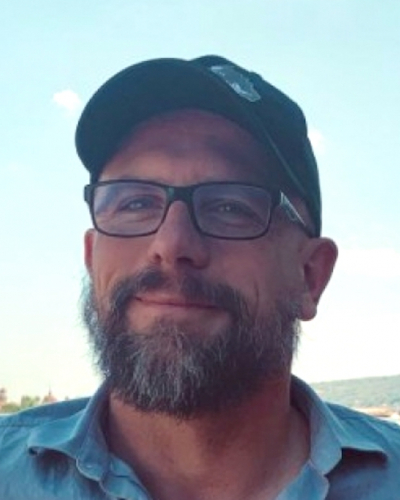 Becker's research interests are in geodynamics and seismology, focusing on how planets' interior and surface systems have co-evolved. The Geodynamics group at JSG combines field, laboratory, and numerical approaches into dynamical models, focusing on the physics of plate tectonics, from grain- and earthquake-scale deformation to plate-scale flow. They are always looking for motivated undergraduate and graduate students to join their team.

Becker holds a M.Sc. in Physics from Frankfurt University, a Ph.D. in Geophysics from Harvard, and was a Green post-doctoral scholar at Scripps, UC San Diego. He has been author of more than 125 scientific publications and is a Fellow of the American Geophysical Union.

Lukas Fuchs
Lukas received his B.Sc. (2009) and M.Sc. (2012) in Geosciences with specialization in Geophysics from the Johann-Wolfgang Goethe University, Frankfurt/Main, Germany. He completed a Ph.D. in Mineralogy, Petrology, and Tectonics from the Uppsala University, Uppsala, Sweden in 2016. His research focuses on numerical modelling of large deformation in different geodynamic fields (e.g. in salt and magmatic diapirs, at the boundary...

Ethan M Conrad (Co-supervisor)
Ethan is a second year PhD student studying structural geology, tectonics and tectonic geomorphology. He uses field work, thermochronology and laboratory experiments to study how the Earth has deformed over time. The field component of his research is focused on the Cenozoic evolution of the Northern Caribbean Plate Boundary. In particular, the geology of Hispaniola as a key record of...