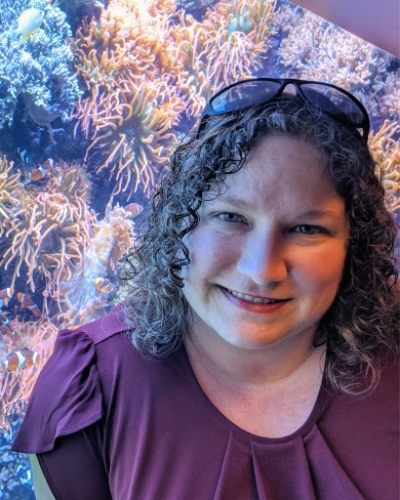 I am an Associate Professor at UT Austin in the Department of Geosciences. My students and I are involved with many paleontological, geobiological, and sedimentological projects so please contact me if you think you may be interested in joining the group. Check out specific projects and facilities on our website: www.jsg.utexas.edu/martindale/

I am primarily interested in marine paleoecology and the geobiology of carbon cycle perturbation events (e.g. mass extinctions, ocean anoxic events, and ocean acidification events in deep time). My research also includes carbonate sedimentology and the paleontology/paleobiology of reef builders (e.g corals and sponges). I am currently working on the Pliensbachian/Toarcian reef crisis and Toarcian Ocean Anoxic Event from the Early Jurassic (~183 Ma). My doctoral research focused on the reef demise and extinction at the Triassic-Jurassic (T-J) boundary, which has been hypothesized to be an ocean acidification event caused by the rapid eruption of the Central Atlantic Magmatic Province and subsequent release of carbon dioxide. Extinction events, such as the Triassic/Jurassic, draw attention for their catastrophism; however, lesser extinction events can be just as interesting, particularly for resolving questions pertaining to species survival and ecosystem recovery. The Late Triassic and Early Jurassic events will help us understand what environmental conditions cause massive ecosystem collapse, and what conditions marine biota can survive. A large part of my research involves the study of Upper Triassic and Lower Jurassic reef ecosystems, the newly evolved scleractinian corals, and reef variations geographically and temporally. Another aspect of my research is Early Jurassic Lagerstatten, which preserves\ both pelagic and benthic communities across the Toarcian Ocean Anoxic Event. In future work, I am interested in combining my research on ancient ocean carbon cycle perturbations and extinctions with research on modern reef decline and stressors that inhibit the secretion of calcareous skeleton.

Acknowledgement for support of students with disabilities - UT Austin (2018)

Estefania Salgado-Jauregui , Ph.D., expected 2022 (Co-supervisor)
Estefania is a PhD candidate and a Fulbright scholar at the Jackson School of Geosciences, co-advised by professors Dr. Rowan Martindale and Dr. Katherine Ellis, Program Director of Geoscience Education Research. Estefaniaís research is aimed to incorporate geoscience education research into geoconservation strategies, she is especially interested in the relation nature-society, how sense of place impacts behaviors and attitudes towards...

Sinjini Sinha (Supervisor)
Sinjini Sinha is a Ph.D. candidate in the Martindale lab. Her doctoral research is about assessing the impacts of environmental changes on Early Jurassic exceptional preservation, extinction, and recovery. She uses Scanning Electron Microscopy and Energy Dispersive X-Ray spectroscopy to investigate the taphonomy of Lagerst‰tten deposits from the UK and Germany. Her extinction and recovery work involves studying the community...

Travis N Stone (Supervisor)
Travis Stone is a fourth year PhD candidate working in the Martindale lab. He received his B.S. in Geological Sciences in 2018 from California State University, Fullerton, where he studied Triassic reefs and their recovery following the End-Permian mass extinction in the Panthalassic Ocean. Travis' research is focused on ecosystem reconstruction following extinction events and other environmental stressors on...

Patty Standring (Co-supervisor)
Co-advised by Dr. Chris Lowery and Dr. Rowan Martindale for PhD. Current research is focused on deep ocean current changes in the southern Gulf of Mexico, the Caribbean Sea, and the western Atlantic around the Eocene-Oligocene Transition (EOT) using stable isotopes from benthic foraminifera, and determining how these changes may have coincided with development of the North Atlantic Deep Water...

Liam Norris (Supervisor)
Liam Norris is a PhD student at the Jackson School of Geosciences. He has a B.S. in Geology with a specialization in biology from Texas A&M University, where he also conducted research on Pennsylvanian seed ferns preserved in coal balls. Liamís research interests are based around paleoecology, and he hopes to further study the connection that ecosystems have with other...

Claire Williams (Supervisor)
Claire Williams is a PhD student at the Jackson School of Geosciences. She has a B.S. in Geology and in Integrative Biology and a minor in Chemistry from the University of Illinois Urbana-Champaign. She is a biologist turned paleobiologist interested in conservation paleobiology. Claire is currently studying coral reefs in the Caribbean working with the East Portland Special Fishery Conservation...

MSc or PhD Student
Our team is almost always interested in recruiting new graduate students who are interested in paleoecology, marine communities, carbonate sedimentology, and/or geobiology.

Finding Fossils
This is my science blog, check it out for photos and stories from the field and my research.