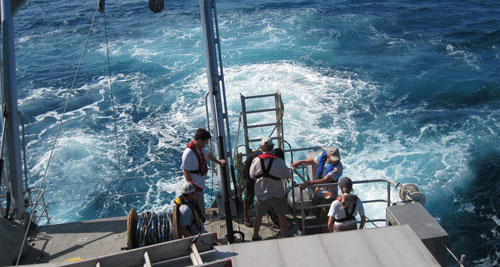 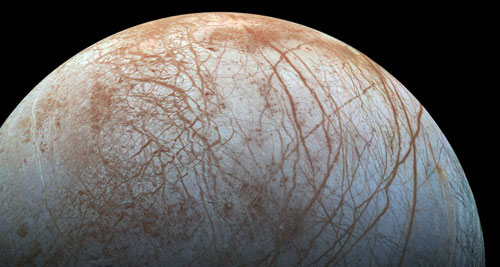 A study led by The University of Texas at Austin is providing a glimpse into dinosaur and bird diversity in Patagonia during the Late Cretaceous,…

Below Europa’s thick icy crust is a massive, global ocean where the snow floats upwards onto inverted ice peaks and submerged ravines. The bizarre underwater…

More of the world’s coastal glaciers are melting faster than ever, but exactly what’s triggering the large-scale retreat has been difficult to pin down because…

Long after a river has dried up, its channel belt lives on.   Made up of swaths of sediment surrounding the river, channel belts, once hardened…

Just like flash floods, flash droughts come on fast — drying out soil in a matter of days to weeks. These events can wipe out…

The Jackson School of Geosciences recently hosted a VIP visitor: a pristine sample of lunar soil collected by astronauts during Apollo 17, the last mission to the moon.

On Jupiter’s Moon Europa, ‘Chaos Terrains’ Could be Shuttling Oxygen to Ocean

It’s the front line of climate change and could hold the key to predicting global sea level rise, but what goes on at the underwater…