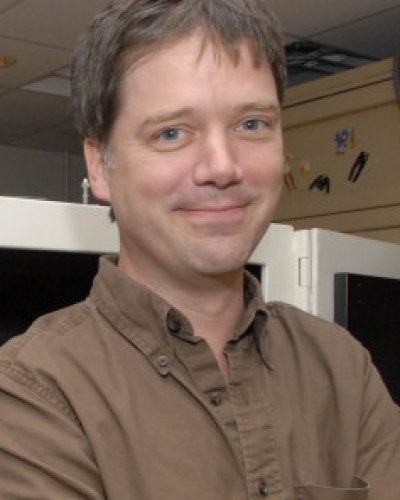 My research spans a wide range of geological problems, with a common thread being developing computational methods to address all stages of the scientific process, from data acquisition and processing to information mining to numerical modeling. I have two primary research areas. One is the application of high-resolution X-ray computed tomography to a diverse spectrum of disciplines, including paleontology, petrology, hydrogeology, structural geology, economic geology and planetary science. The other is theory and practice of apatite fission-track (AFT) thermochronology, and thermal history inversion from AFT, (U-Th)/He, and vitrinite data. I am putting together a state-of-the-art fission-track lab indended for both experimental and field-problem-oriented work.

Other current research interests include numerical depiction of diffusion-controlled crystal growth during prograde metamorphism on geological time scales, and characterizing the thermal structure of continents.

I am always looking for motivated students, especially quantitative and creative ones who are not afraid to do something totally new.

Scott A Eckley , M.S., expected 2018 (Supervisor)
I am interested in the evolution of the terrestrial bodies, specifically the Earth, Moon, Mars, and Vesta.

Margaret Odlum (Committee Member)
My research focuses on tectonic inversion in the Pyrenees mountains of Spain and France. I am using multi-mineral geo- and thermochronology to study the rift and inversion evolution in the eastern Pyrenees and how inherited rift architecture controlled the early orogenic structural style and incipient foreland basin evolution and sediment routing systems.

"Measurement and modeling of fission-track annealing in apatite: where we are, and where to go from here", 9th Chinese National conference on Nuclear Track in Solids and International Workshop on Fission Track Thermochronology, Datong, China (2007)

"The distribution of radiogenic heat production in continental crust, and the thermal structure of the southern Basin and Range", Rice University, Texas (2000)