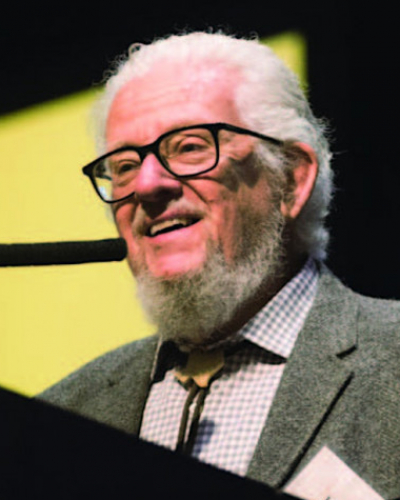 Diagenesis of sedimentary rocks, especially burial diagenesis in the Gulf of Mexico sedimentary basin, was the major focus of my research over a period of 30 years, resulting in 137 publications and graduate degrees granted to 21 students. I first focused on carbonates, then on sandstones, formation waters, carbon dioxide in natural gas, organic acids, and evaporates, and ended the project by re-examining the behavior of mudrocks during burial. Major findings include the extensive chemical reorganization that takes place during diagenesis for all lithologies, including evaporites and mudrocks. Extensive water/rock interaction involves large amounts of cross-formational mass transport, possibly even including transport into the sedimentary basin from the underlying basement. The Gulf of Mexico sedimentary basin can be imagined as an immense hydrothermal system. Understanding one aspect of the basin, (say formation water chemistry) demands that we understand many other aspects as well (evaporite and sandstone diagenesis). The mass transfer of components involved in rock diagenesis obviously also bears on the mass transfer of the products of kerogen maturation (petroleum migration).

Since retiring to Northumberland County in tidewater Virginia, I have tried to use my scientific knowledge to educate citizens and local and state government officials about critical issues for the future. Most (about 75%) citizens use the deep artesian aquifer for their domestic water supply. The aquifer is being drawn down unsustainably at a rate of about 1.5 feet each year, partly because of profligate use of water outside Virginia's Northern Neck. I am working to convince Planning Commission members and elected officials that land for reservoirs should be designated now, in order to preserve the sites and prevent inappropriate land use. Everybody else taps the unconfined water-table aquifer. Bacterial contamination of shallow wells is extremely common and the average nitrate concentration is between 4 and 5 ppm. The nitrate-laden groundwater discharges into our local waterways, over-fertilizing them with well known consequences. We, especially agriculture, are the cause of poor water quality in our local waterways and the pollution vector is groundwater. It is an up-hill battle to convince people that agronomically-based Nutrient Management Plans for nitrogen and phosphorus, adherence to the Chesapeake Bay Act (which needs strengthening) and septic system maintenance are necessary if we are to have any hope of improving local water quality, especially in the face of population growth. September and early October are spent spraying marshes for the invasive grass, Phragmites, which is extremely abundant and crowds out more desirable marsh plants. As part of a stewardship group (Northumberland Association for Progressive Stewardship, or NAPS) I write monthly "Stewardship Tips" that are published in three local newspapers and can be found at our web site: www.napsva.org.

As a result of working with local, State and Federal officials, I have concluded that too few scientists apply their expertise to societal issues during their active career. Concern for promotion, publications, fame and fortune drives most scientists, not the need for public service. Local government needs up-to-date information. State and Federal officials often need to be challenged. Many State and Federal bureaucracies (EPA is an excellent example) are driven more by the desire to maintain and increase their funding stream and preserve their turf than they are by the need to carry out their responsibility to the public. Funding is derived from legislators, who listen to the loud, organized and persistent voices of lobbies and are grateful for campaign contributions. Political activism is frustrating, but when scientific issues are involved, who is better qualified to press for needed change than scientists themselves? My efforts are posted at VaBayBlues.org (http://www.VaBayBlues.org). And when I really get frustrated, there are oysters growing at the pier, crabs and fish to be caught, and garden produce to harvest in the "land of pleasant living."