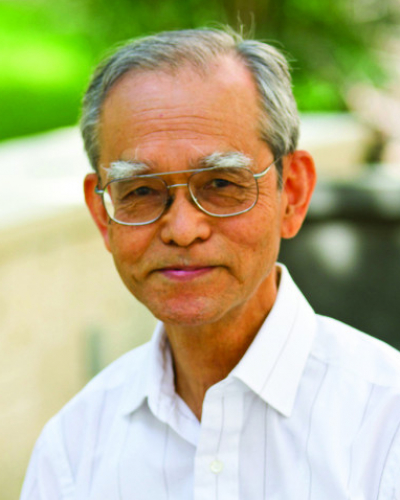 Yosio is a geophysicist with special interests in terrestrial and extraterrestrial seismology. He was among the pioneering researchers who, during and following the Apollo Lunar Landing project in the 1970s, used the extensive data collected by a network of seismic stations on the Moon to make the first direct seismic observations of an extraterrestrial object. This research in lunar seismology has led to an invaluable understanding of the dynamics and internal structure of the Moon. It also provides valuable information about tectonism not available on Earth due to the particularities of our planet's size, composition, and stage of evolution. More recently, he is finding new information about the interior of the Moon using new analysis techniques, and with more advanced computers now available, applied to the decades-old data set. He is also assisting younger scientists and engineers in planning of future lunar missions.

Under Nakamura's direction, researchers at UTIG have developed a fleet of ocean-bottom seismograph (OBS) instruments in order to acquire high-quality seismic data in targeted marine geologic settings. With UTIG colleague Kirk McIntosh, he used a suite of these OBS instruments in a collaborative U.S.-Chinese project that involved the seismic imaging of Taiwan's continent-collision zone. The collected data have permitted Nakamura and McIntosh to study the crustal-thickening processes that both precede and accompany the collision and to examine the triple junction along eastern Taiwan. This effort is continuing with a new collaborative project using OBSIP (OBS Instrumentation Pool) instruments. With colleagues Jamie Austin and Ian Dalziel, he led also collaborated with a team of UTIG researchers onboard the U.S. icebreaker R/V Palmer to study the deep crustal structure of Bransfield Strait. He has also participated in similar cruises in the Gulf of Mexico, eastern Pacific, eastern Atlantic and off the coast of western Australia.