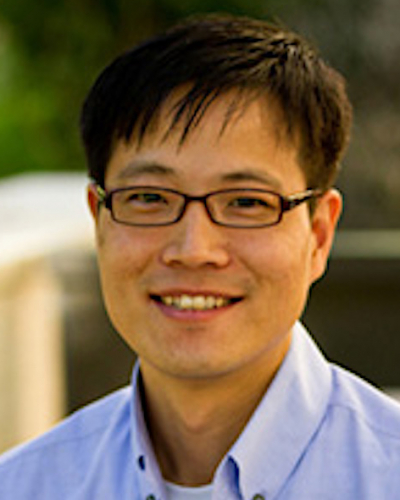 Dr. Kim's research seeks to advance our understanding of stratigraphic responses to sediment transport processes and imposed boundary conditions in depositional basins. The morphodynamics of the sediment-fluid interface are influenced by both depositional mechanics and environmental forcing. Subsurface architecture is a record of the "fossilized" dynamics of this moving boundary. The research interest lies in improving tools for predicting subsurface spatial architecture across a range of scales using an understanding of sediment transport and surface flow dynamics and their time-integrated preservation in depositional systems. Dr. Kim's research group conducts laboratory experiments to study sedimentation over space and time scales that are inaccessible in the field, and use the experimental data to motivate and constrain theoretical models of morphodynamics and depositional patterns. They apply insight gained from physical and mathematical models to field data in order to improve interpretation of paleoenvironments using the stratigraphic record.

Anastasia Piliouras , Ph.D., expected 2016 (Supervisor)
My research focuses on sediment transport and morphodynamics of fluviodeltaic systems using both physical experiments and field studies. I am interested in the environmental feedbacks that shape the landscape at both large and small scales, and I am currently studying how vegetation affects river delta growth and channel dynamics.

Max S Daniller-Varghese (Co-supervisor)
I am a versatile scientist with five years of research and analytics experience in the geosciences. My analytical skills include [bold]signal processing, numerical modeling, and image processing.[/bold] In my doctoral work I study how rivers transport sediment, how deltas are formed, and how underwater landslides wobble, all using large-scale physical experiments. [bold]Research Interests:[/bold] Geomorphology, Sediment transport, Coastal Dynamics, Density Stratified Flows,...

Sedimentation on a Salt Substrate: New opportunities in sediment experiment with a polymer layer, Bureau of Economic Geology, University of Texas, Austin (2015)

Land building in the delta of the Mississippi River: Is it feasible?, Dept. of Earth and Environmental Sciences, Tulane University, New Orleans, LA (2010)