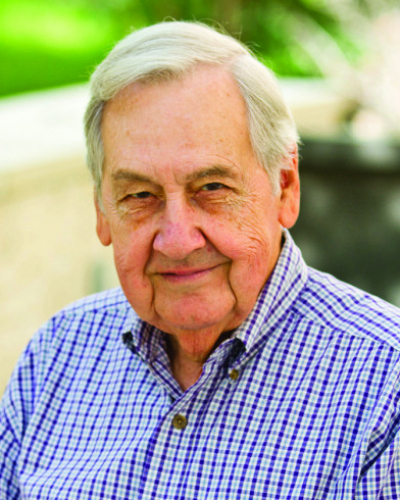 William L. Fisher is the Leonidas T. Barrow Chair and Professor in the Department of Geological Sciences of the Jackson School of Geosciences at the University of Texas at Austin. Previously, he served as the Inaugural Dean and the first Director of the John A. and Katherine G. Jackson School of Geosciences (2001-2006), a school he was instrumental in founding as well as securing its substantial endowment. He is a former long-time director of the Bureau of Economic Geology (1979-1994, 2000-2001), former chairman of the Department of Geological Sciences (1984-1990) and former director of the Geology Foundation (1984-2006).

Dr. Fisher is a member of the National Academy of Engineering. He served as Assistant Secretary of Interior for Energy and Minerals under President Gerald Ford (1975-1977). Fisher has chaired and served on numerous state and federal advisory boards, as well as committees and boards of the National Research Council and professional societies. He has also served on several corporate boards. He served on the White House Science Council under President Ronald Reagan (1988-1989).

Fisher's research has focused in the areas of stratigraphy, sedimentology, and oil and gas assessment. In 1967 he introduced the concept of depositional systems-now a fundamental part of modern stratigraphy and sedimentology. In 1987 he led an assessment team for DOE that turned around the then-prevalent view of natural gas scarcity. He has championed the importance of technology in resource availability and has been a leader in the rethinking of the significance of reserve growth from existing, geologically complex oil and gas fields.