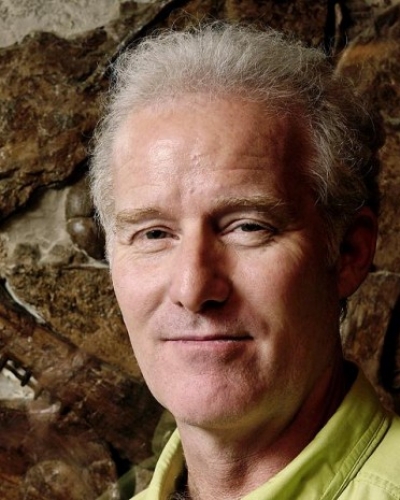 Dr. Rowe's primary research focuses on the evolution and development of the vertebrate skeleton. In this work, Dr. Rowe uses phylogenetic systematics to study the evolution of skeletal form as well as the evolution of skeletal development in the ontogeny of living species. This work is directed mostly at the early history of mammals and their extinct relatives among Synapsida, and on the history of birds and their extinct relatives among Dinosauria, and on other amniotes. An important tool for this research is high-resolution X-ray computed tomography, which has become a secondary research focus. This breakthrough technology permits the non-destructive inspection of internal structure in even the smallest and most delicate of vertebrate specimens. In collaborative research with scientist from many countries, Dr. Rowe is scanning and studying the anatomy ofsome of the world's most significant fossils. An interest in publishing these exquisite digital datasets has also carried him into the realm of informatics. Tim maintains an active program in field paleontology that explores Mesozoic terrestrial sediments of Texas and the American Southwest.

Gold Award, for DigiMorph.Org. - UT Innovative use of Instructional Technology (2003)

Print CaseBooks 5 Award of Excellence for "Fossils of New Mexico," a 2-year public exhibit - Commissioned by the State of New Mexico, written by T. Rowe, produced by the Museum of Northern Arizona, designed by Ralph Applebaum Associates (1982)