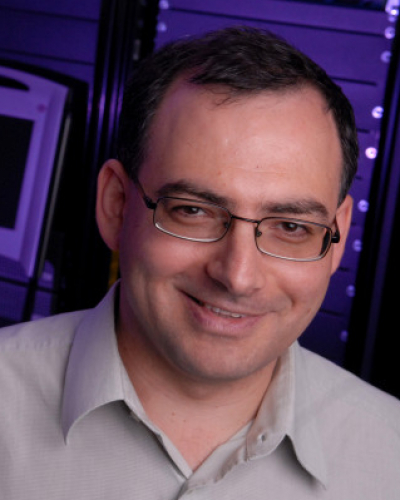 Sergey Fomel is Wallace E. Pratt Professor of Geophysics at The University of Texas at Austin and the director of the Texas Consortium for Computational Seismology (TCCS). He is affiliated with the Bureau of Economic Geology, the Department of Geological Sciences, and the Oden Institute for Computational Engineering and Sciences. Sergey received a PhD in Geophysics from Stanford University in 2001. He is an honorary member of the Society of Exploration Geophysicists (SEG) and the Geophysical Society of Houston (GSH) and has served SEG as the Vice President, Publications (2017-2019) and the Distinguished Lecturer (Spring 2020.) Sergey devotes part of his time to developing "Madagascar," an open-source software project for geophysical data analysis.

Outstanding Educator Award - Jackson School of Geosciences, The University of Texas at Austin (2012)

Vice President for Publications, Board of Directors, Society of Exploration Geophysicists (2017 - 2019)

Xinming Wu, 2016 - 2019, Colorado School of Mines
Professor at the University of Science and Technology of China

Hejun Zhu, 2013 - 2015, Princeton University
Associate Professor at the University of Texas at Dallas

Graduate research opportunities in computational seismology
Texas Consortium for Computational Seismology is looking for Ph.D. students interested in computational research. Our group works on a broad range of topics in exploration geophysics, from wave-equation seismic imaging and inversion to computational algorithms for seismic data processing and seismic interpretation. The work is supported by industrial sponsors. We use open-source software tools and high-performace computing resources.

Analyzing seismic data using machine learning techniques
Seismic recordings are used to detect earthquakes and to create images of the Earth’s interior. Seismic data contain rich patterns that can be discovered for extracting detailed information. Newly developed machine learning techniques aid in the discovery process. Deep learning has been used to detect arrivals of seismic signals from earthquakes and volcano eruptions and to extract from subsurface images such features, as faults, channels, salt bodies, etc. In detecting geological features, computational algorithms prove to be as powerful or even more powerful than the human eye, especially in higher dimensions.

In this project, we are adopting the latest ideas from the field of machine learning and artificial intelligence to improve the resolution ability of seismic images. Our objective is to advance the state of the art in discovering seismic data patterns. The approaches include unsupervised learning for analyzing seismic waveforms and compressing data in the transformed domain and supervised learning for teaching the computer how to imitate the work of human interpreters.

We are seeking an enthusiastic student to participate in this project. The student will develop data-analysis skills and contribute to an open-source software project. Some prior familiarity with seismology and machine learning, as well as some prior experience with computer programming using Python are helpful but not required

Madagascar
Madagascar is an open-source software package for multidimensional data analysis and reproducible computational experiments. Its mission is to provide a convenient and powerful environment and a convenient technology transfer tool for researchers working with digital image and data processing in geophysics and related fields.