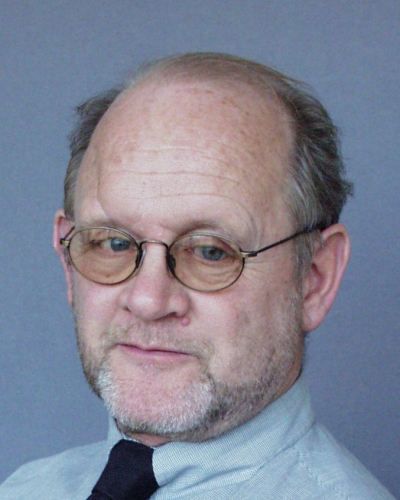 Ron Steel is Professor and Davis Centennial Chair at UT Austin (Emeritus from Sept 1, 2020). He was also 6th-Centuary Professor (part-time) at Aberdeen University (2006-14) Honorary Professorial Fellow (2016-17) and Honorary Professor (2018-2020) at Heriot-Watt University, Edinburgh, UK. He was Chair of the Department of Geological Sciences in the Jackson School at UT Austin, August 2011-2015, previously Chief Geologist for Norsk Hydro (1983-1990), Professor of Reservoir Geology at the University of Bergen (1990-1995), and Wold Professor of Energy at the University of Wyoming (1995-2003). He was awarded 6th Century Chair in Sedimentary Geology (part-time) at the University of Aberdeen, UK (2006), on the occasion of the UniversityÂ’s 600th anniversary. He has some 260 published papers, edited 11 books, received 8 best paper or poster awards, and graduated about 200 MS and PhD students from the universities of Bergen, Wyoming and UT Austin. He has held Distinguished and Endowed Lectureships for AAPG, Japan Society for Promotion of Science, and University of Texas at Austin. He was invited to deliver the William Smith Annual Lecture at the Geological Society of London in 2014 and was awarded the Twenhofel Medal for research excellence by SEPM in 2016, their highest award. His current research interests, based on sedimentology and stratigraphy, are on the relationships between tectonics and sedimentation, the construction of shelves by deltas, the growth of continental-shelf margins and the mechanisms by which sand and mud are delivered across shelf-edge regions down into deep-water areas.

KEY RESEARCH THEMES 2000-2021 The main focus of my research over the last 25 years or so, has been to gain an understanding of the time scales, sediment delivery mechanisms, sediment budget partitioning and growth styles of shelves and shelf margins of deepwater basins. In addition, my interests in Sedimentation and Tectonics continue, with several students completing research on long Late Cretaceous transects from the Sevier fold-and Â–thrust belt out into the Foreland Basin for 100s of km. I am also strongly engaged in understanding relationships between sea-level change and tides, and in particular in developing models of tidal dunes and bars on deltas, estuaries and shelves. Recent research locations have been Washakie Basin (Wy), Cretaceous WIS (Wy, Co and Utah), paleo-Gulf of California, Orinoco Delta and Margin (Trinidad and Venezuela), Upper Paleozoic of Arabian Plate, Jurassic Margin development (Neuquen, Argentina), Oriente Basin (Ecuador), South China Sea basins, lacustrine Junggar Basin (NW China).

Distinguished Lecturer - Japanese Society for the Promotion of Science (2002)

Matthew B Nix , M.S., expected 2021 (Committee Member)
I began my Masters in August of 2019 with a project field site located near Fernie, British Columbia. My project is focused on conducting a basin analysis study by integrating a source to sink understanding that utilizes sub-disciplines consisting of sedimentology, geochronology, stratigraphy, structural geology, and tectonics. Outcomes of the project will allow for a better understanding of shifts in...

Sarp Karakaya (Committee Member)
"Some people see just another international student; what I see is someone brave enough to leave everything and everyone they know behind. Someone adventurous enough to pack their lives into a handful of suitcases and go on a plane with a one-way ticket. Someone confident enough to travel across the globe to go to a place they may have never...