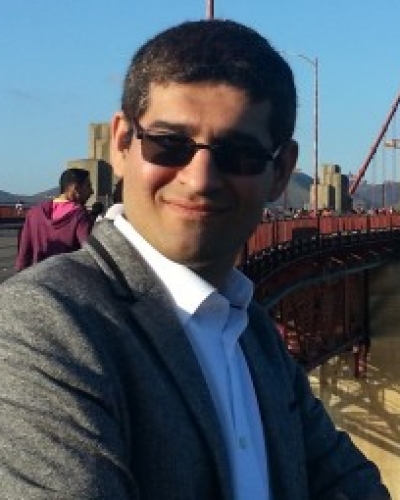 Mahdi Haddad is a postdoctoral fellow at the Bureau of Economic Geology at The University of Texas at Austin where he conducts research on geomechanics of induced seismicity through the TexNet project. His postdoctoral research focuses on induced seismicity in production-injection multi-layer geological systems. Previously, Haddad worked as a research geomechanics intern at FracGeo, LLC where he developed continuum damage mechanics models using the material point method for the estimation of the stimulated reservoir volumes. Preceding that, he worked as a research geophysics intern at Total E&P Research & Technology USA, LLC where he proposed a method for improving the interpretation of microseismicity through 3D finite-element fracture-intersection models. Haddad also has extensive experience in reservoir engineering, multiple-stage hydraulic fracture design, and the development of computational-fluid-dynamics codes by use of finite volume, finite element (classic and streamline upwind Petrov-Galerkin), and smoothed particle hydrodynamics methods.

He is the recipient of John and Kelli Weinzierl Endowed Presidential Fellowship in petroleum and geosystems engineering at UT, Austin in 2016. Haddad has authored 16 peer-reviewed journal articles and conference papers on multiple-stage hydraulic-fracture design, refracturing optimization, stimulated naturally fractured reservoir simulation, and smoothed particle hydrodynamics. He is an active member of Society of Petroleum Engineers (SPE) and American Rock Mechanics Association (ARMA), serves as a technical reviewer for SPE journals, and served as a technical judge for The University of Texas SPE regional paper contest in 2017. Haddad earned bachelor of science degrees in mechanical and petroleum engineering and a master of science degree in mechanical engineering/energy conversion from Sharif University of Technology, Iran, in 2007 and 2009. He received a PhD degree in petroleum engineering from The University of Texas at Austin in 2017.