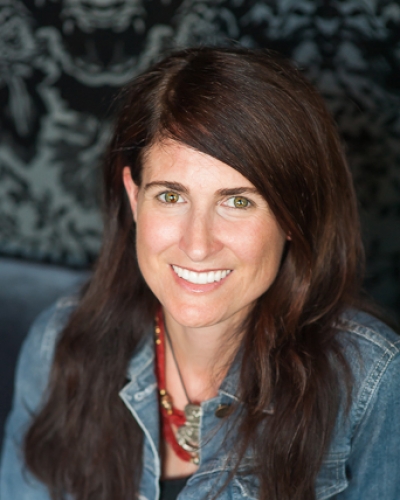 Julia Clarke is John A. Wilson Professor in Vertebrate Paleontology in the Jackson School of Geosciences and a Howard Hughes Medical Institute Professor. Her research focuses on using phylogenetic methods and diverse data types to gain insight into the evolution of birds, avian flight and the co-option of the flight stroke for underwater diving. She is particularly interested in understanding shared patterns and potential causal factors in the evolution of living bird lineages. Recently, her work is focused on unravelling the origin and evolution of the avian vocal organ.

Wings to Flippers - Phylogenetics, character acquisition, and feather biomechanics in the evolution of wing-propelled diving

Session moderator, Meetings of the Society of Vertebrate Paleontology (2006 - 2007)

Editor in Vertebrate Morphology and Paleontology, Journal of Anatomy (2005 - 2011)

Organizing committee member and moderator, "New Perspectives on the Origin and Early Evolution of Birds: an International Symposium in Honor of John H. Ostrom,", Yale Peabody Museum and Yale University Department of Geology and Geophysics (1999)

One current postdocs, four graduate students and an array of undergraduate researchers are focused on broad questions concerning evolutionary morphology and the deep time diversification of birds.

Drew Eddy, M.S., 2008 (Supervisor)
NCSU
"New information on the skull of Acrocanthosaurus atokensis and the phylogenetic relationships of the Allosauroidea"

There are always about 5 undergraduate doing reseach in the lab. They are typically listed on my CV. I started an undergraduate "research fair" in paleontology where we link up faculty, graduate students and undergraduate collaborators across the program.