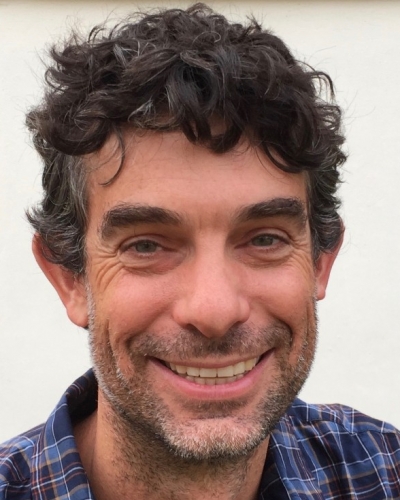 I am interested in pursuing a process-based understanding of the critical zone with a focus on the formation of calcium carbonates in soils and caves and the stabilization of organic carbon in soils. Goals include improving and developing paleoclimate proxies and better understanding changes in climate and the carbon cycle across a range of timescales.

The Breecker Group studies biogeochemical processes occurring at or near the land surface. We study soils and paleosols, caves and stalagmites, and other materials, such as volcanic glass, that give us insight into ancient Earth. We study timescales ranging from seasonal cycles to hundreds of millions of years. We use observations, mathematical models and both laboratory and field-based experiments to address an evolving range of questions. To learn more about the research we are doing, please see our research group website.

Timothy Gallagher
My research centers on developing a more complete understanding of the soil carbon cycle and the role that soils play in the global climate system. By studying the geologic record, I am able to refine our understanding of Earth History and inform responses to modern challenges, such as climate change and the intensification of land-use on a global scale. I study...

Elizabeth Cassel, now at the University of Idaho
Liz is advancing the understanding of the paleoelevation of the western United States and the Western Cordillera in South America. She is a leader in the use of felsic volcanic glasses to determine the past elevation of Earth's land surface.

Evan J Ramos , Ph.D., expected 2021 (Co-supervisor)
My research incorporates stable isotope geochemistry, reactive transport modeling, field work, and hydrology to understand the geologic carbon cycle. Whether deep in the crust or at the Earth's surface, I see the physics and chemistry of fluid-rock interactions as a unifying lens to probe whole-Earth geochemical cycles. I have worked on several projects related to skarn formation, namely on how...