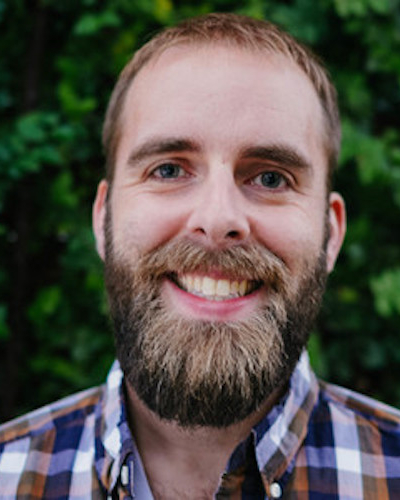 Chris is paleoceanographer, and uses a combination of foraminifer paleoecology, sedimentology, geochemistry, and geophysics to reconstruct past environments and understand how marine organisms adapt (or fail to adapt) to changes to their environment, particularly ocean deoxygenation, and how and why ecosystems recover after such changes.

His research interests include Cretaceous Oceanic Anoxic Events, the End Cretaceous mass extinction, and modern and ancient foraminifer geochemistry. Chris is currently working on several projects reconstructing the long term changes in circulation and oxygenation in the Gulf of Mexico, the recovery of life following the End Cretaceous mass extinction, and changes in dissolved oxygen in the modern ocean.

Undergraduate Research: Inclusive Geoscience Education and Research Environmental Reconstruction in Holocene Estuaries on the Modern Texas Continental Shelf (1 year)
Sea level rise is one of the most pressing impacts of climate change facing coastal communities. A variety of mitigation efforts on the local and regional level (beach nourishment, marsh restoration, coastal barriers, etc.) can provide some measure of protection for coastal communities. These large engineering projects require huge quantities of sand to complete, and sand is not as common on the seafloor as you might expect. On northern Texas shelf, offshore Galveston Bay, a few sand banks exist, but much more material is buried in drowned river valleys, which were carved by rivers when sea level was ~120 meters lower and dry land extended all the way to the edge of the continental shelf. These rivers deposited sand in point bars, which were then buried in estuarine mud as sea level rose and the river valley became a bay. Sand was also deposited in this estuary as bay head deltas, flood tide deltas, and over wash fans. UT is currently involved in an extensive project to find and map (using seismic surveying and sediment cores) the extent of Holocene sand deposits in the Trinity and Sabine river valleys offshore modern Galveston Bay.

For this project, the REU student will conduct grain size analysis on sediment cores collected offshore Galveston Bay to determine the overall sedimentology and stratigraphy of these environments. This student will also use marine microfossils (benthic foraminifera) to determine the depositional environment of the muds deposited in between the sand deposits to determine the overall environmental evolution of the Holocene estuary system. This work will help identify sand resources for future coastal protection projects in the Galveston area. This work will also help reconstruct the history of the Holocene estuary and barrier island system; understanding how ancient barrier island systems responded to different rates of sea level rise during the Holocene can help constrain how barrier islands will respond to similar rates of sea level rise today.

This project will involve work on a Malvern Mastersizer laser grain size analyzer, managing grain size datasets, and microfossil picking on a microscope. Prior experience with any of these things is not required.