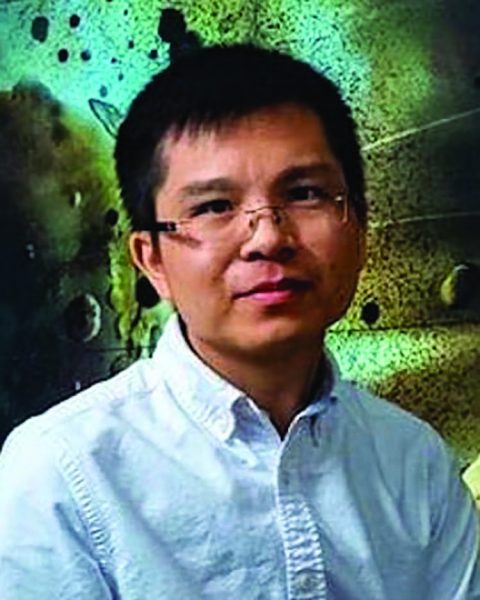 The farming village where Chenguang Sun grew up in central China was so small that he had to go to a larger town for middle school, a larger city for high school, and he had to travel 500 miles away to study at a university in Beijing.

The first in his family to go to college, Sun would go on to graduate from the China University of Geosciences, earn a Ph.D. at Brown University, improve the way that scientists decode rocks and magmas, and he is now setting up his new lab at The University of Texas at Austin’s Jackson School of Geosciences.

“When I look back, it’s very difficult for me to imagine how far I’ve been,” he said.

Sun’s work has focused primarily on developing new tools to measure the conditions that were present when rocks were formed. Specifically, he has developed a series of mathematical

formulas, which he calls thermometers and speedometers, that can estimate the temperature at which rocks were formed and the speed at which they cooled.

Sun said geologists had been working with decades-old tools that had been tweaked and recalibrated, but he realized it was time for a complete overhaul.

“I wanted to learn something new, something the previous tool could not tell us,” he said.

Sun’s new tools have helped scientists understand how the Earth’s crust is formed — both on land and on the seafloor — and provided new insights into the evolution of magma chambers buried deep beneath the Earth’s volcanoes. That work earned

him the 2021 Mineralogical Society of America Award.

Now settled in Austin with his wife and two young boys, Sun doesn’t want to dwell on his past research. He’ll be teaching thermodynamics classes in the fall and is setting up a research lab to simulate high-temperature, high- pressure environments (his equipment can reach 1,800 degrees Celsius and 3.5 gigapascals, the equivalent of being 120 kilometers inside the Earth).

And, of course, he’s diving into new research projects. This time, he’ll explore the long-term cycle of carbon as it churns through the crust, down into the mantle and back out to the surface.

“I’m always looking for something new,” he said.