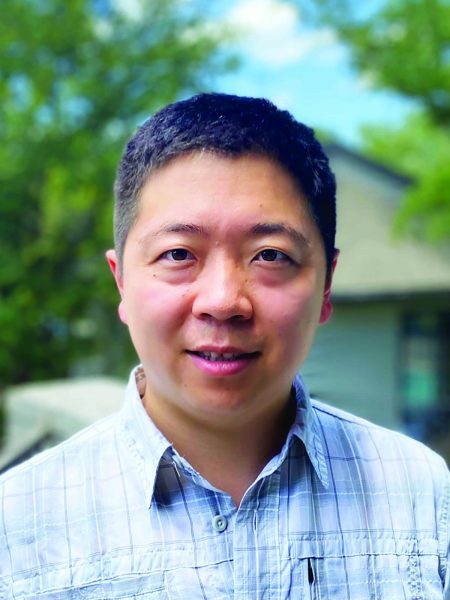 When Xiaohua Xu analyzed high- resolution satellite images of the 2019 Ridgecrest earthquakes, he found that they had lit up clusters of previously unknown faults in the surrounding crust that seemed to move backward immediately after the earthquakes.

The analysis, which was published in Science when he was a postdoctoral researcher at the Scripps Institution of Oceanography, solved a long unexplained problem about why Earth’s surface appears to slip less in deeper parts of the fault.

Now a research associate at the University of Texas Institute for Geophysics (UTIG), Xu wants to use the same technique to find faults in remote, inaccessible parts of the world. The aim is to learn more about the earthquake cycle and apply what he learns to refine hazard maps for earthquake hot spots.

“When I was studying for my college entrance exams in 2008, there was a big earthquake that killed a lot of people in China — the Wenchuan earthquake,”

Xu said. “I decided that by studying geophysics, I could help reduce the hazard of such events.”

Xu grew up in Dongying, near the mouth of the Yellow River, a region once famous for its petroleum resources. He earned a degree in geophysics at the University of Science and Technology of China before coming to the U.S. to join the doctoral program at Scripps. There, he was introduced to the idea of using geodesy — the study of the Earth’s surface — to look at earthquakes.

“Discovery is the really fun part of my work,” Xu said. “When new data tells you something you didn’t know, that’s a really good feeling.”

“He brings a formidable skillset in satellite geodesy and remote sensing approaches that will provide a foundation for exciting and impactful science, as well as for a wide range of new collaborations across the Jackson School,” he said.