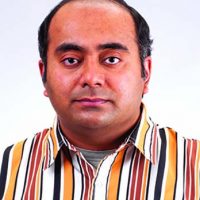 Shuvajit Bhattacharya joined the Bureau of Economic Geology as a research associate in August 2020. He was previously an assistant professor of geophysics at the University of Alaska Anchorage. At the bureau, he integrates petrophysical, geophysical, and machine learning tools to solve geologic problems of critical importance to energy resources exploration, development, and carbon sequestration. He is also interested in geothermal energy and hydrogen storage. He has taught and mentored many students and is the author of A Primer on Machine Learning in Subsurface Geosciences, a Springer brief in petroleum geoscience and engineering. 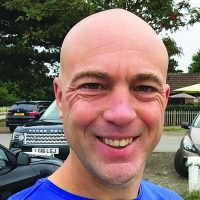 Alex   Bump joined the Bureau of Economic Geology’s Gulf Coast Carbon Center (GCCC) as a research scientist associate in October 2019. He comes to the bureau after 16 years in global exploration with BP, where he worked on over 50 basins on five continents, taught hundreds of students and held roles including adviser and head of discipline for structural geology and tectonics. His current work at the GCCC focuses on adapting petroleum exploration workflows to de-risking and developing geologic storage sites for CO2. 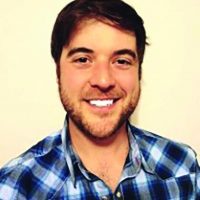 Tristan Childress joined the Bureau of Economic Geology as a research associate and economic geologist in November 2020. He earned a doctoral degree in economic geology at the University of Michigan in 2019 and has experience conducting exploration geochemistry research in Alaska and Alabama. At the bureau, he researches the occurrence and distribution of economic deposits within the state of Texas, with a focus on conventional and unconventional critical mineral resources. 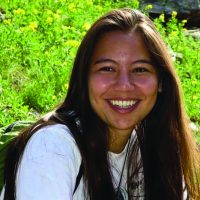 Kelly Hattori is a research scientist associate at the State of Texas Advanced Oil and Gas Resource Recovery program at the Bureau of Economic Geology. Hattori is a carbonate stratigrapher and broadly works on Gulf Coast Cretaceous carbonates, particularly those deposited in shallow- water systems. She has also built a specialty in salt-sediment interactions within the East Texas Basin that examines sometimes-conflicting relationship between the flow of salt and traditional sequence stratigraphy as well as the impact of salt body topography on carbonate depositional systems. 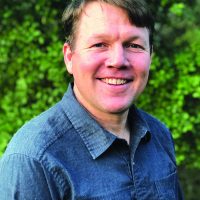 Brian Hunt joined the Bureau of Economic Geology as a research scientist associate in October 2020 and is focusing on making geologic maps and conducting hydrogeologic studies. Current projects include geologic quadrangles in Mason and Blanco counties and hydrogeologic studies characterizing the Trinity Aquifer (Hamilton Pool, Travis County) and the Edwards-Trinity Plateau Aquifer (Devil’s River, Val Verde County). Before joining the bureau, he worked as a hydrogeologist for the Barton Springs/Edwards Aquifer Conservation District. Hunt has more than 20 years of experience working on groundwater and aquifer sustainability issues in Central Texas and has over 100 published articles, reports and abstracts. He is a professional geoscientist in Texas and is a past president and active member of the Austin Geological Society. 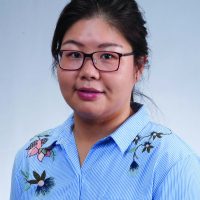 Lucy Ko is a research associate at the Bureau of Economic Geology studying the geochemical properties of mudrocks and subsurface effects of burial and thermal maturation. Ko started at the bureau in March 2020. Ko’s geosciences career began as an organic geochemist applying biological and geochemical tools to understand tight gas basins in the Rocky Mountains. She switched to sedimentology and stratigraphy when she enrolled in the Jackson School as a doctoral student, followed by a postdoctoral fellowship with the bureau, after she earned a doctoral degree. Ko has also earned master’s degrees from the Colorado School of Mines and National Taiwan University. 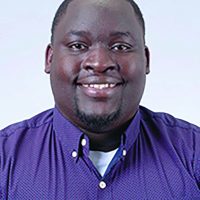 Shukuru Makanyaga joined the Bureau of Economic Geology in December 2019. He is a research scientist associate focusing on analyzing well logs as part of a project funded by the Texas Railroad Commission. Makanyaga was previously a wellsite geologist with Impac Exploration Services, where he spent two years at drilling sites in West Texas and southeast New Mexico. Makanyaga credits his path to the geosciences to GeoFORCE, an outreach program of the Jackson School of Geosciences. Makanyaga was part of the program from 2009 to 2012. He earned a bachelor’s degree in geology from Texas A&M University in 2017. 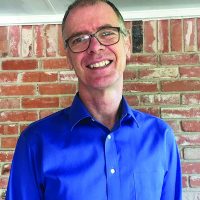 Vincent O’Sullivan joined the Bureau of Economic Geology in August 2020 as a research scientist associate. O’Sullivan has a background in software and hardware engineering and is applying his expertise toward instrumentation, networking and seismology at the bureau. He previously worked as an engineer at The University of Texas at Austin, Engineer Your World program, and as a product/reliability engineer at Freescale Semiconductor and Motorola. 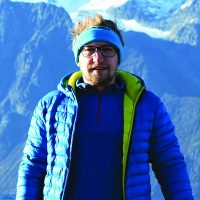 Alexey Portnov joined the University of Texas Institute for Geophysics (UTIG) as research associate in January 2021. He has participated in 16 scientific cruises in the Gulf of Mexico, the European and Russian Arctic shelf, and offshore Vietnam. His research focuses on gas hydrate systems in two regions: the Arctic, where he is involved in projects that study methane escaping from hydrates and warming permafrost, and the northern Gulf of Mexico, where he studies the potential of gas hydrates as a future energy resource. Before joining UTIG, Portnov was a postdoctoral researcher at Ohio State University and Norway’s Center for Arctic Gas Hydrate, Environment and Climate, where he earlier received a doctoral degree in geophysics. He has a master’s degree in marine geology from St. Petersburg State University. 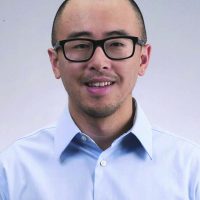 Jinyu Zhang became a research associate at the Bureau of Economic Geology in June 2020 following a postdoctoral fellowship. At the bureau, he integrates subsurface characterization methods and numerical modelling to unravel sedimentary processes, with applications ranging from characterizing hydrocarbon reservoirs to finding climate signals in buried sediments. He has a Ph.D. in geology from the Jackson School of Geosciences.