The American Association of Petroleum Geologists (AAPG) is honoring Scott W. Tinker, director of The University of Texas at Austin Bureau of Economic Geology, with the Michael T. Halbouty Award for Outstanding Leadership.

The prestigious award—the second highest honor given by the AAPG—recognizes those who have demonstrated exceptional leadership and extraordinary service to the petroleum geosciences and the association. The award will be presented to Tinker at the AAPG Annual Meeting in Calgary on June 19.

“We are all very proud of Scott. He absolutely deserves this honor,” said Sharon Mosher, dean of The University of Texas at Austin Jackson School of Geosciences. “Scott is nationally and internationally recognized as a leader in petroleum geology and energy geosciences, and the bureau has thrived with him at the helm. The University of Texas is fortunate to have someone of Scott’s caliber on our team.”

Tinker, also the State Geologist of Texas, has made noteworthy contributions at all levels of the profession. As a field geologist he mapped outcrops in Mexico and the Guadalupe Mountains of Texas. At Marathon’s Littleton lab, he pioneered new directions in subsurface 3-D modeling. For the past 17 years, he has been director of the largest and arguably best-known state geologic research organization in the United States. He has also served as president of AAPG, AASG, AGI, and GCAGS and continues to be a focal point for a path forward in the global energy debate.

“I was stunned when AAPG president Hogg called with the news,” Tinker said.  “I deeply appreciate those whose mentorship and support have allowed me to grow and make what I do possible. I would also like to recognize and thank the tremendous team at the bureau. I work with the best people in the field. I feel extremely fortunate to be a part of such a talented group.”

Professor Bill Fisher, a former bureau director and the Jackson School’s inaugural dean, said Tinker came in at a low point in the bureau’s history. Fisher and the search committee were looking for a leader that could help push the bureau into a national and international leadership role. Fisher said he knew Tinker was the right choice from their first meeting.

“Scott not only restored the bureau’s prominence in short order, but has measurably enlarged it. That took substantial, perhaps unique, leadership and dedication,” Fisher said. “He is one of the most articulate speakers and cogent thinkers in the area of energy geosciences that I have ever known.  And he has probably reached more people than any geologist in history.”

During Tinker’s tenure, the bureau has continued to excel at its core strengths and grow in new directions. These include the development of a $50 million partnership with industry and international universities on advanced micro- and nano-subsurface sensors, a $50 million carbon management program recognized both nationally and internationally, a Center for Energy Economics, and a major program in mudrocks and unconventional reservoirs—from pore scale to future production scale. From 2000, when Tinker became director, to the present, the bureau’s annual external funding has grown from $10 million to $35 million, its staff from 100 to 250, and its annual peer reviewed publishing has grown tenfold.

Tinker cites broad public education in science as his passion. Toward this end, he remains actively engaged in building bridges between academia, industry, and government. He calls this space the “radical middle.” Tinker has visited over 50 countries and all of the United States, and given more than 600 invited and keynote lectures. He weaves energy, the environment, and the economy into his talks, in which he envisions a very challenging, but positive, global future. 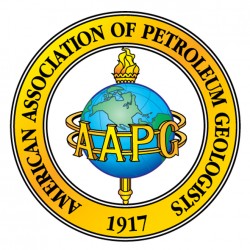 Along with movie director Harry Lynch, Tinker spearheaded the Switch Energy Project, a multimedia educational project and documentary that seeks to build a baseline understanding of energy issues and promote a practical and balanced discussion of the world’s energy future. The heavily awarded film Switch has been seen by over 10 million viewers and copies were sent, upon request, to educators in more than 1,000 universities.