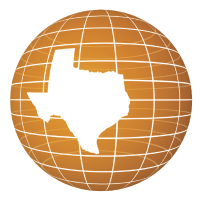 Pumping carbon dioxide deep under the seafloor may seem like a science-fiction-based solution to dealing with the greenhouse gas, but it’s a technology that The University of Texas at Austin Bureau of Economic Geology has been helping to perfect during the past 15 years.

That history of leadership with the emerging technology has prompted the U.S. Department of Energy to grant the bureau $4 million to lead a regional partnership to explore how carbon dioxide (CO2) emitted from industrial facilities along the Gulf Coast can be safely stored in geological formations under the Gulf of Mexico.

The four-year program will be led by the bureau’s Gulf Coast Carbon Center (GCCC) and include institutions and partners from throughout the nation. The goal is to foster safe, long-term storage of CO2, a greenhouse gas that is linked to climate change. This involves capturing CO2 from industrial facilities, transporting it offshore and injecting it into a geologic formation deep beneath the seabed, where it would remain safely stored and isolated from the ocean water.

“This is the type of science that aims at tackling big issues by bringing government, industry, community stakeholders and academia together to create innovative solutions, and builds on the work our GCCC has been doing the past 15 years in sequestration,” said bureau Director Scott W. Tinker. “I am tremendously proud that our team at the bureau has been chosen to lead this important partnership.”

The partnership’s mission is to develop a large storage capability to allow the hydrocarbon-intensive industries of the Gulf Coast to decarbonize and support economic growth. It includes researchers from the University of Texas Institute for Geophysics (UTIG) and the Cockrell School of Engineering Hildebrand Department of Petroleum and Geosystems Engineering. The bureau and UTIG are units of the UT Jackson School of Geosciences. Other partners include the U.S. Geological Survey, Louisiana Geological Survey, Lawrence Berkeley National Laboratory, Lawrence Livermore National Laboratory, Lamar University and Trimeric Corporation.

Susan Hovorka, a senior research scientist at the bureau’s Gulf Coast Carbon Center, said developing offshore storage resources is the next frontier for the Gulf of Mexico, which is one of the best understood and most studied geological basins in the world. She said that the carbon-intensive industries near the coast are possible beneficiaries in terms of potential for carbon reductions. She pointed to projects underway as good examples of these types of offsets, including the Petra Novacarbon capture project outside of Houston and the NET Power project in La Porte, Texas.

“Our job is to provide the technical information that will support decisions on managing the carbon intensity of industries,” Hovorka said.

The bureau is also working with the Texas General Land Office, which oversees much of the area thought to be suitable for CO2 storage. Near-shore, shallow areas of the Gulf are thought to provide the most viable near-term, low-cost and low-risk storage options. Revenue from operations on state submerged lands goes to the Permanent School Fund, which funds primary education throughout the state.

The partnership will focus on: