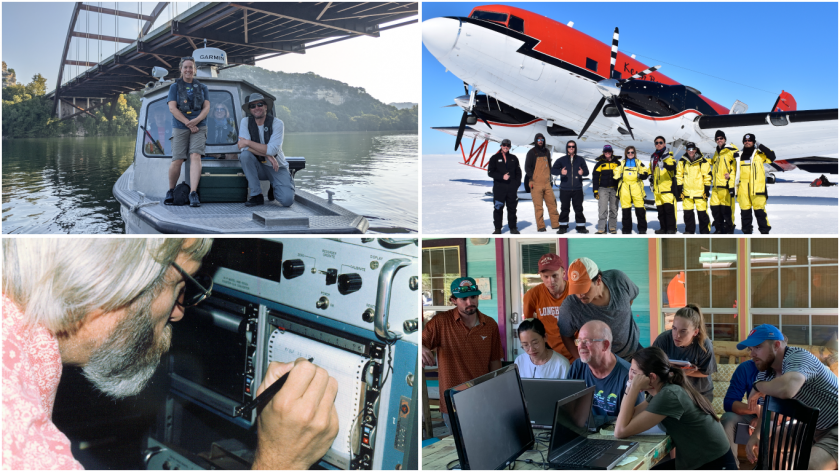 The University of Texas Institute for Geophysics (UTIG) will celebrate 50 years as a world leader in geophysical research at an anniversary symposium on November 30, 2022.

The symposium recognizes UTIG’s leading role in historic discoveries, including those in the areas of plate tectonics, sea level rise, earthquakes, planetary exploration, and the extinction of non-avian dinosaurs. The event will also highlight ongoing projects and emerging research topics. These include modern societal challenges such as climate change, the energy transition, and understanding the world’s most devastating earthquakes, as well as advances in planetary sciences, Antarctic research and new technology to image the Earth’s interior. 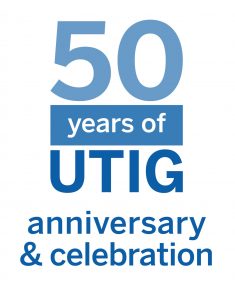 “Fifty years is a significant milestone,” said UTIG Director Demian Saffer. “It’s a time to reflect on the scientific contributions that define the institute’s legacy, and an opportunity to look ahead at the new and exciting science directions that will build on the institute’s impact in the coming decades.”

The anniversary symposium will be held at The University of Texas at Austin’s JJ Pickle Research Campus in north Austin, where UTIG is based. It is open to current and former members of UTIG, the Department of Geological Sciences, the Bureau of Economic Geology and everyone at the Jackson School of Geosciences and UT Austin.

Founded in 1972 by renowned geophysicist Maurice Ewing, UTIG was originally situated in Galveston, Texas. The institute moved to Austin in 1982 under director Art Maxwell, where it became part of the Jackson School in 2001.

The institute’s first major assignments include support missions for the Unites States’ fledgling scientific ocean drilling program and analysis of instrument data from NASA’s Apollo moon landings. The latter led to UTIG becoming the nation’s steward of lunar seismic research. But according to UTIG Senior Research Scientist Jamie Austin, it was the ocean survey missions that first set UTIG apart as a leader in expeditionary field research.

“We’ve gotten more co-chief scientists that have run expeditions around the world in the drilling program than anybody else,” said Austin, who also served as head of the International Ocean Discovery Program Forum.

UTIG is home to legendary geophysical field researchers. Its expeditionary scientists have played a key role in many prominent scientific discoveries and achievements.

In the 1980’s and 90’s, UTIG scientists uncovered physical evidence for the existence of supercontinents predating Pangea — the only one known at the time — that led to the theory of supercontinent cycles. And more recently, UTIG field scientists mounted the mission to drill the 66-million-year-old crater made by the asteroid that wiped out all non-avian dinosaurs. The rock samples the expedition returned give a blow-by-blow account of the dinosaurs’ final hours and a history of how life recovered. The research on this critical period of the planet’s past continues at the UT Center for Planetary Systems Habitability.

According to Austin, the institute’s success in the field is due to its track record of attracting top researchers who are willing to use frontier technology to make breakthrough discoveries, supported by the institute’s talented technical team.

For example, UTIG researchers pioneered the use of GPS and ice penetrating radar in Antarctica to uncover previously unknown sea level threats on both sides of the continent. The UTIG radar system is now supporting a South Pole mission to locate Earth’s oldest complete ice record and is being adapted for a NASA mission to find out whether the icy ocean world of Europa could harbor life.

In the Gulf of Mexico, a UTIG-led research team developed specialized tools to recover pressurized samples of intact natural gas hydrate, an exotic form of icy gas. The ephemeral substance could be a potential energy source for coastal countries and is being studied in a UTIG lab to learn about its origins and its role in Earth’s carbon and climate cycles.

And in the Arctic, UTIG researchers are recording underwater soundscapes to monitor ice sheet melt and plan to send a remote submersible to map the uncharted face of an underwater glacier.

Away from the field, the institute has helped bring computational geosciences to the mainstream. UTIG researchers were among the first to use computational approaches to process seismic images in the 1990s. Today, UTIG researchers use supercomputers to make climate predictions and create 3D visualizations of massive earthquake faults. And an NSF-backed project led by UTIG is using supercomputers to make breakthroughs in earthquake forecasting.

In just a few short decades, UTIG has earned a place at the forefront of geophysical exploration and discovery. It’s a history that marine geophysicist Shuoshuo Han and the current generation of UTIG researchers intend to continue.

“We’re building on the great legacy of UTIG and the traditional strengths that are a big part of our identity as an institute,” she said. “We have great scientists, great facilities, great computational resources, and great tech support.”