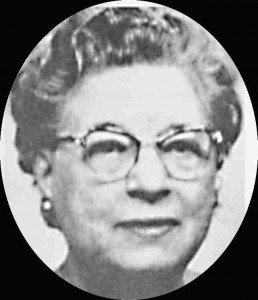 One of the first female stratigraphers, a student of Francis L. Whitney.

Worked mainly in the Cretaceous and Tertiary periods of the Gulf Coast.

Some of her specimens are contained in the NPL’s Type Collection.