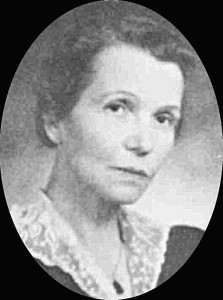 Well-known for her work on foraminifera.

Consulting paleontologist and member of the Bureau of Economic Geology (BEG).

NPL holds many of her reports and thin sections.

Her library and foraminifera type specimens were transferred to the Paleontological Research Institute (PRI) in Ithaca, NY in 1952.

Many additional forams and the sample splits (the unpicked reference material) remain at TNSC.

Learn more about Plummer and investigate her research in Some Cretaceous Foraminifera in Texas.

She compiled a set of locality cards to describe where many important specimens in the NPL were collected. Look at some of her original locality cards here.