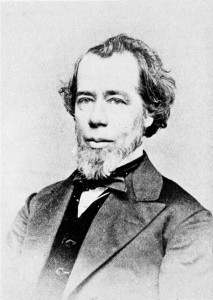 A. B. Miami University, Ohio;
M.D. Medical Institute of Louisville

State Geologist for the First Survey of Texas in 1858.
Both he and his brother were involved in this survey.
Carried many specimens by wagon to St. Louis, where they were later destroyed in the great fire at the St. Louis Academy.
This same fire also destroyed rare minerals collected from sites now covered by Lake Buchanan.