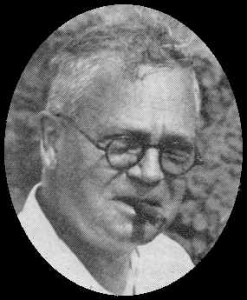 Joined the Bureau of Economic Geology (BEG) initially as curator of its museum.

Renowned paleontologist of the Cretaceous of Texas his collections are one of the most important in this repository. Although he collected a diverse population, his main emphasis was on ammonites (p.203).

Studied at the Sorbonne in France and obtained casts of many Texas types residing in Europe, especially those taken there by Roemer. Great friend of L. F. Spath at the British Museum. During WW2 Adkins sent Spath ‘care’ packages. In return Spath sent Adkins fossil specimens. These fossils are part of the collection.

Adkins’ important fossil collection is held at NPL. His papers are archived at the UT Austin Center for American History.