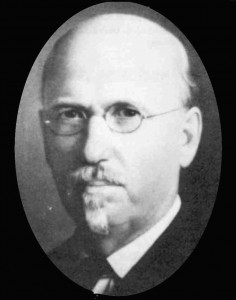 Joined the UT Mineral Survey in 1904, with permanent connection in 1911, and later became director of the Bureau of Economic Geology (BEG).

Pioneer in the use of well-cuttings and sedimentary petrography. Well-cuttings are obtained from wells as they are drilled. Udden recognized the relevance of those cuttings as indicators of the rock types being drilled.

Also an instigator of micropaleontology studies and one of the first to recognize their importance.

Was knighted by the King of Sweden.