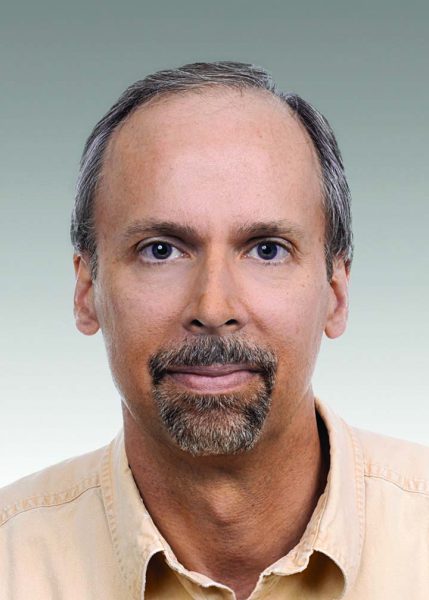 There was a time when Tucker Hentz thought he would become a medical doctor. But there was always something lurking underneath, right under his feet, that kept drawing him in.

Hentz switched his college major to geology and went on to spend four decades studying sedimentary rock, basinal deposits, and siliciclastic stratigraphy. As a research scientist associate at the Bureau of Economic Geology, he has researched the stratigraphic setting of just about every corner of the Lone Star State.

His work has been critical for researchers, government agencies, and oil and gas companies searching for hydrocarbons. Now, after 38 years at the bureau, Hentz is retiring to spend more time on his other interests.

When he first landed in Austin, Hentz was given the job of mapping the surface geology of 8,000 square miles in north- central Texas, near Wichita Falls, for the state’s geologic atlas. That three-year task fascinated and challenged Hentz because it included both marine and continental deposits. Figuring out regionally where one deposit ended and the other began was a challenging concept, but he devised a stratigraphic scheme that worked and has been used by researchers ever since.

His work over the years expanded to other regions and sedimentary basins of Texas to help guide the state’s energy companies. Working with the bureau’s State of Texas Advanced Resource Recovery (STARR) program, he would detail the geology and provide companies with a road map for their exploration efforts. And in some cases, he would use 3D seismic data to help detail the subsurface stratigraphy of the Gulf of Mexico, helping companies fine-tune their underwater operations.

As the years went on, Hentz watched his field transition to an increasing emphasis on environmental concerns. His final project, which he’s currently finishing on a part-time basis, is helping energy companies locate sandstone reservoirs into which liquified CO2 can be pumped to prevent it from entering the atmosphere.

Hentz sees that project as a worthy end to his long career.

“I get tremendous satisfaction out of it because I feel like it’s my small contribution to improving the conditions of the planet,” he said.