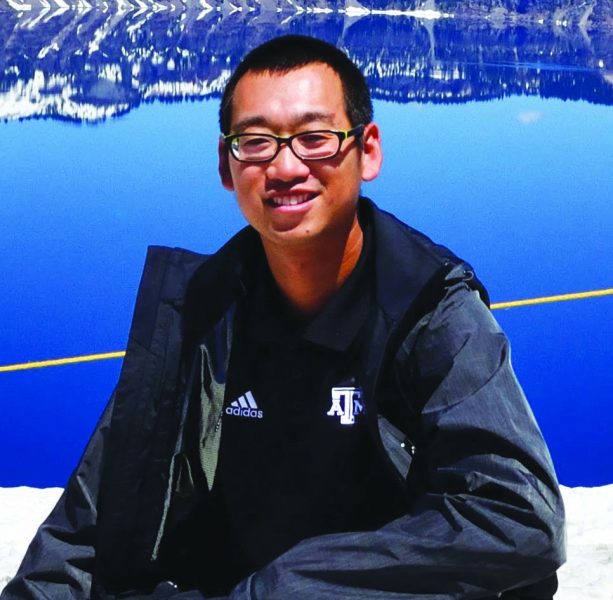 In 2008, when Dunyu Liu was an undergraduate at Peking University, a magnitude 8 earthquake struck southeast China. The tragic event, which killed 87,000 people, had a profound effect on the young sophomore. Liu decided he wanted to do something that would help make earthquakes less dangerous.

Today, Liu is a computational geoscientist at the University of Texas Institute for Geophysics (UTIG), where he helps researchers investigate earthquakes and other Earth processes using supercomputers such as those found next door at UT’s Texas Advanced Computing Center (TACC). He is the first to hold this role at the institute.

Liu’s introduction to supercomputers began as a seismology major studying earthquakes. To make sense of the complex chain of events that lead up to an earthquake, scientists rely on high- performance computing and numerical methods — techniques that turn complex mathematical equations into realistic physics simulations.

In grad school Liu learned to use a technique called finite element method that works by breaking down complex problems into manageable — or finite— pieces. The physics are chaotic in earthquakes, but, given enough

processing power, they can be simulated. For his master’s thesis at Peking

University, Liu used the technique to create a supercomputer-driven model of the 2011 Tohoku earthquake.

Later, he refined his techniques while earning a doctoral degree from Texas A&M University.

Now at UTIG, Liu is putting his knowledge to use by getting scientists up to speed on using supercomputers. Since joining in January 2021, he has already helped bring one of the world’s most sophisticated climate simulations to TACC, making it available for climate researchers throughout the Jackson School. He has also helped researchers model Earth tectonics and create simulations of planetary interiors and their magnetic fields, and he is developing supercomputer “quick start, one-page guides.”

“His presence brings new capabilities to our research programs by advancing the institute’s growing efforts in computational geophysics across a wide range of disciplines,” said UTIG Director Demian Saffer.