The Evolutionary Trap That Wiped Out Thousands Of Butterflies 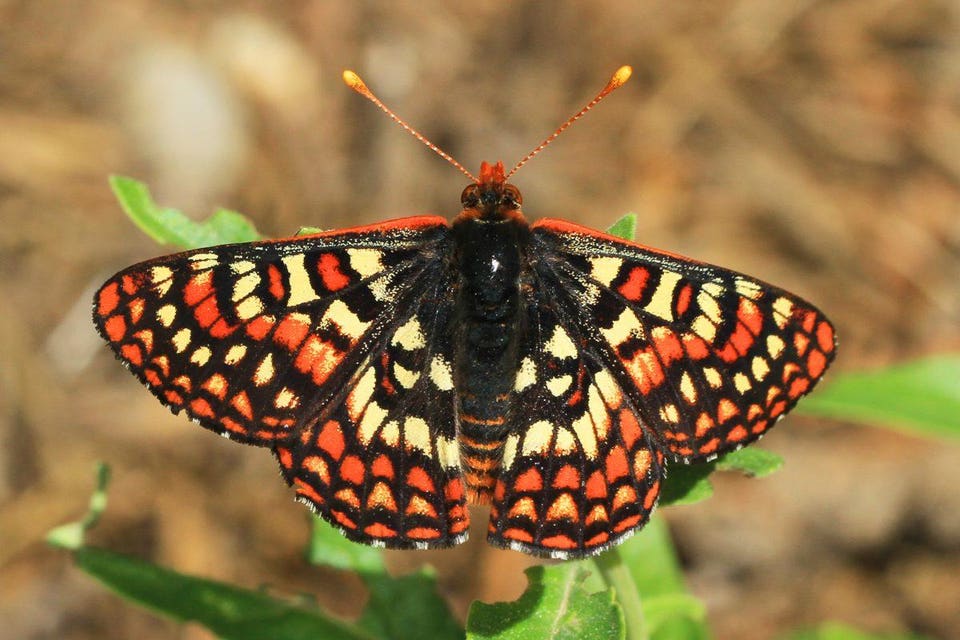 As humans have spread across the planet, we have earned our label, “ubiquitous keystone pest,” in recognition of our dramatic, diverse and far-reaching influences upon the survival and evolution of other groups of organisms that we come into contact with. Despite these mostly negative effects, quite a few wild species have adapted to the habitats that we’ve created along the way, and they manage — somehow — to co-exist alongside us. As an example, according to a study published today in the journal, Nature, evolution of a large, isolated checkerspot butterfly population in Nevada successfully adapted the insects to cattle-grazing. However, this adaptation contained a hidden risk: when we humans abruptly changed our land use practices and removed our cattle, the butterflies suffered local extinction.