UT Jackson School Ranked No. 1 in Geology and Top 5 in Three Programs 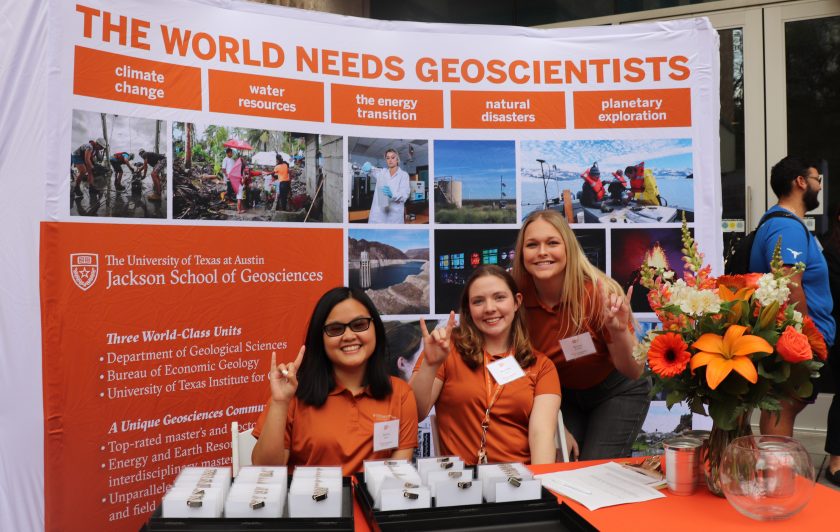 The University of Texas at Austin Jackson School of Geosciences has once again been rated the No. 1 geology program in the country by the U.S. News & World Report rankings of best graduate programs, which was released today.

“I’m so proud of the faculty, research scientists, students and staff at this school that made this possible,” said Jackson School Dean Claudia Mora. “The geosciences are fundamental to solving the big issues facing our world, from climate change and the energy transition to water issues and natural disasters. That’s what drives the education and research at the Jackson School. These rankings are another indication that we are on the right track.”

The Jackson School is the largest geosciences school in the nation, and is comprised of three world-class education and research units – the Department of Geological Sciences, the Institute for Geophysics and the Bureau of Economic Geology. Combined, they offer a depth and breadth of expertise and educational opportunity not found at other institutions. The school prides itself on offering field experiences and research opportunities to students at every level and specializes in using big data and supercomputing to address some of the world’s greatest challenges.

Danny Stockli, the chair of the Jackson School’s Department of Geological Sciences, said he’s confident the school will continue its upward trajectory.

“It is an incredible experience and honor to see the remarkable research success and leadership of faculty, researchers, and students at the Jackson School,” he said. “While it’s difficult to stay on top, we are really just starting to hit our stride, moving into new research directions, revamping the education of the next generation, and finding innovative societally impactful solutions. The best is yet to come!”

UT Austin also boasts five specialty programs ranked No. 1 including geology. The other No. 1 programs are accounting, petroleum engineering, Latin American history and sociology of population.

“With strength in so many disciplines, UT Austin is without doubt one of the best places in the world to pursue graduate studies,” said UT President Jay Hartzell. “Few institutions can match our combination of excellence and breadth, and we are especially strong in some of the fastest-growing fields that draw from multiple disciplines, where scholars are tackling society’s biggest challenges, expanding the frontiers of knowledge, and making an impact.”