Bureau of Economic Geology: 10B barrels in Eagle Ford ‘recoverable’ 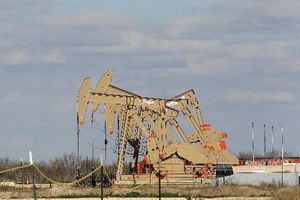 The once-mighty Eagle Ford Shale oil patch is on its heels, on track for the lowest amount of drilling activity in six years, and getting out-shined by another, bigger field — the Permian Basin in West Texas.

But scientists Tuesday painted a vastly expanded picture of the Eagle Ford: as a place where at least 80,000 more wells will be drilled and companies could recover 10 billion barrels of oil at today’s prices.