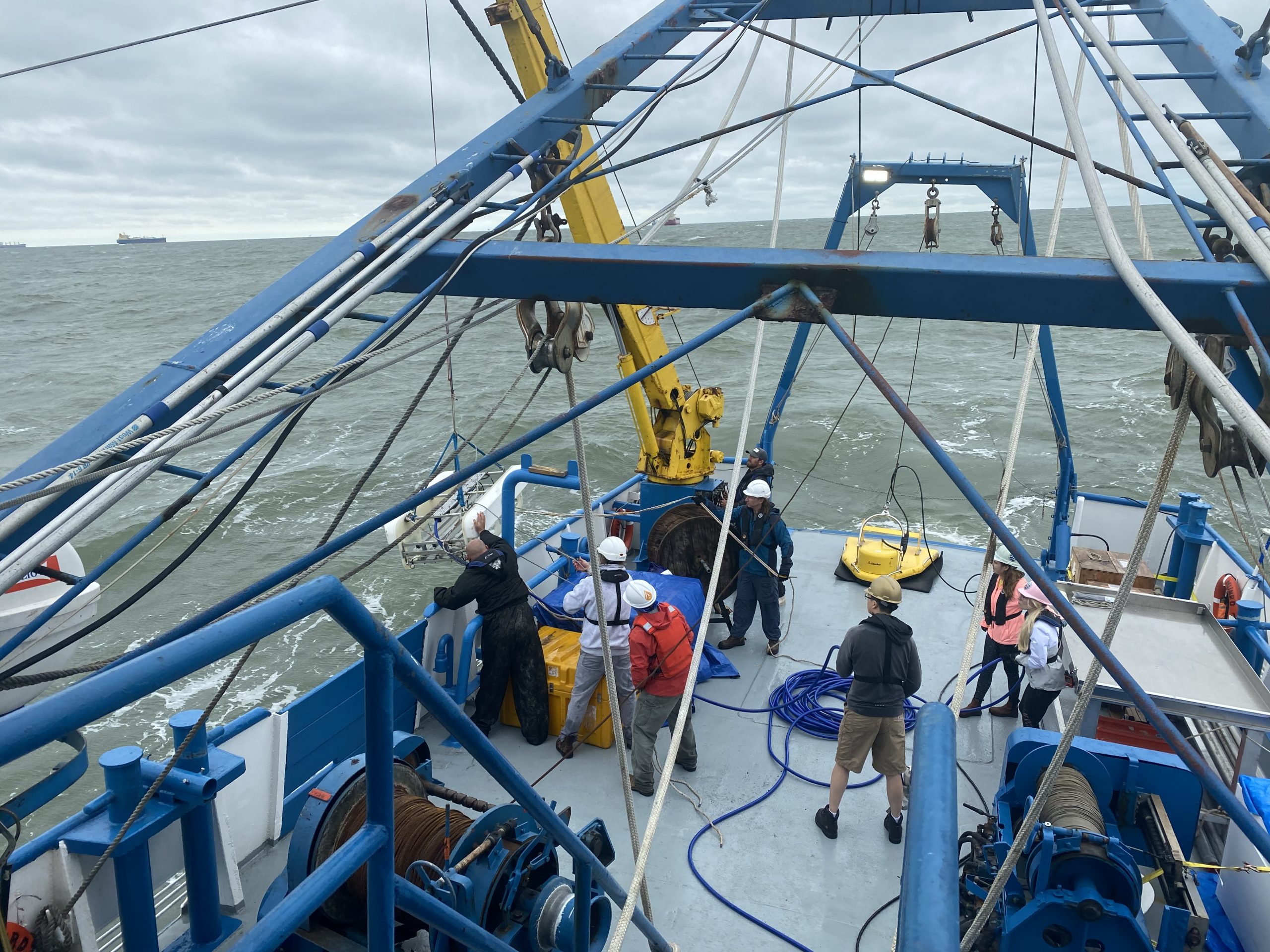 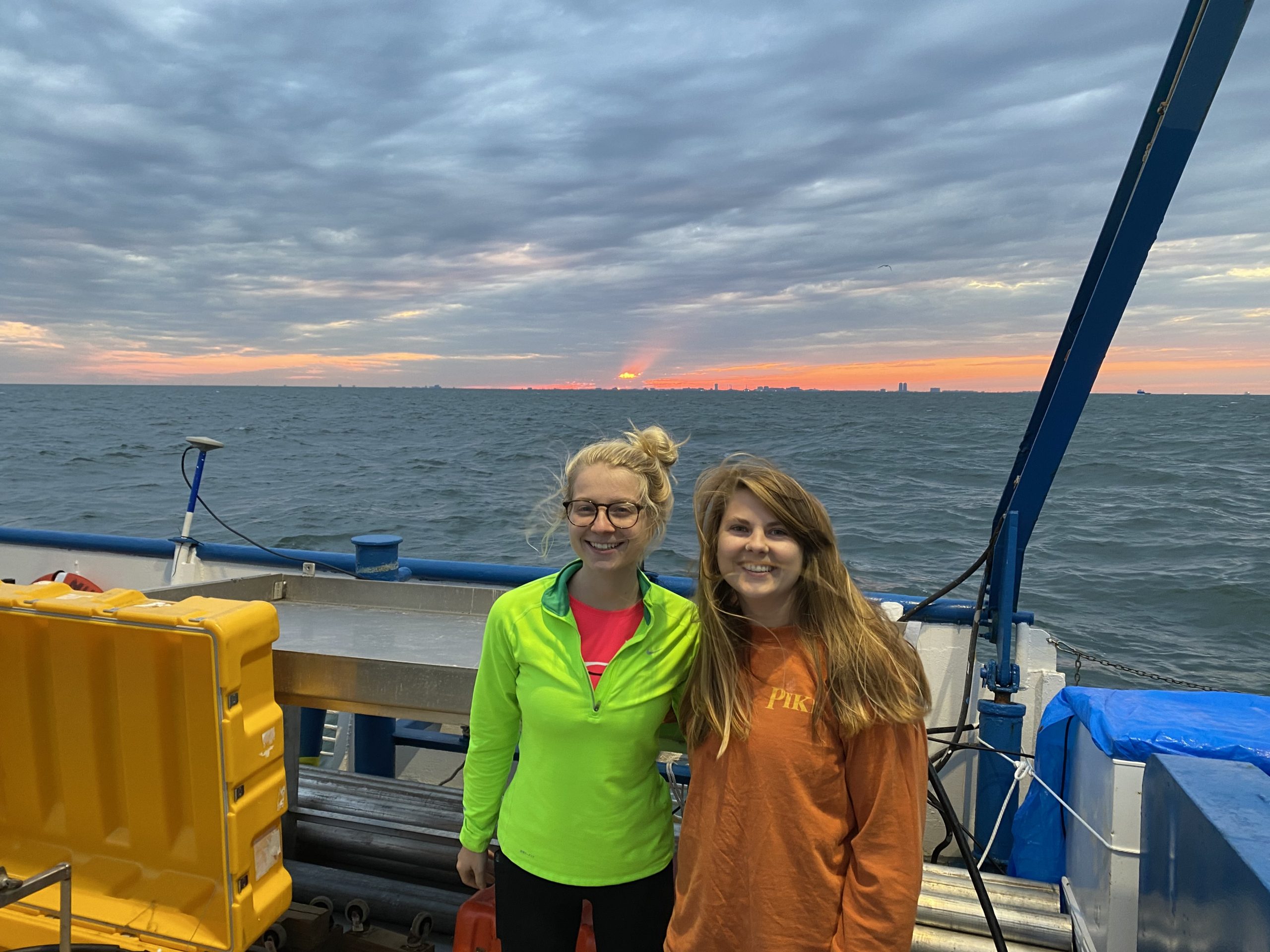 In April 2021, researchers with the University of Texas Institute for Geophysics (UTIG) embarked on a cruise to look for sand deposits off the coast of Galveston, Texas. Among them were graduate students Carson Miller and Solveig Schilling.

We arrived at the dock in Galveston, TX on a gloomy Wednesday afternoon ready to embark on the R/V Tommy Munro. This was my first research cruise and I came into the experience with little to no expectations. While my family envisioned a Carnival cruise experience, I knew it would be cramped quarters, long nights and potential sea sickness.

Around 80% of the Texas coast is considered critically eroded, meaning if sand isn’t added to the beach there will be considerable threat from storms, tides, and waves to communities living along the coast. Our goal was to find sand resources for renourishment projects hidden in ancient river valleys — also called paleo-valleys — using seismic imaging and core analysis. During the last glacial maximum, water was locked up in ice sheets making sea-level much lower than it is today. This allowed rivers to incise large river valleys that became filled with sediments once the glaciers melted and sea-level rose. Using seismic imaging and core sediments we can see what is deposited in these valleys and analyze their characteristics, which helps coastal managers decide which resources to extract. This is the power of combining two methods: we can image the extent of our sand resources while also ground truthing our imaging with cores.

Bad weather and equipment malfunction meant we were forced back to dock more often than we wanted, but while we were out at sea the seismic imaging would scroll across the screen in real time. We would mark the edges of the paleo-valley, while also noting special features, like channels and terraces, that could be potential coring locations.

Right now, we are only looking at the paleo-Trinity River valley, but extending surveys to other paleo-valleys along the coast will be valuable to understand exactly where Texas sand resources lie.

A major part of what I got to do aboard the R/V Tommy Munro was help deploy the giant aluminum tubes used to collect sediment cores. Once collected, it’s my job to describe the cores and examine the foraminifera (type of fossilized plankton) living within. As a micropaleontologist, I study the foraminifera to understand how the environment has changed over time.

It was thrilling to be on a research team collecting samples and it was a blast to live on a ship. I slept in a tiny bunk (so small I couldn’t even sit up!), got to experience 8ft waves and learned how to deal with seasickness. I learned the behind-the-scenes workings of how research vessels operate and got to see the most beautiful sunrises and sunsets. Most importantly, I got to experience a once in a lifetime adventure and the excitement of getting my hands on sediment no one else has ever seen.