“From the time I was really little sitting on my dad’s lap, I used to get explanations about geophysics and what a seismograph was and how it worked,” he said. “I would be sitting in his oﬃce with him, and he would draw diagrams for me and tell me how it worked. Those are my earliest memories.”

Given Petty Jr.’s background and he and his father’s love for their alma mater, it is ﬁtting that the Petty family is such an ardent supporter of geophysics at The University of Texas at Austin. In many ways, they helped make geophysics at the Jackson School of Geosciences what it is today.

The scope of their support and generosity is longstanding and impressive, punctuated most recently by a new endowment to support the director of the University of Texas Institute for Geophysics (UTIG). But it goes well beyond that. They donated the research boat, the RV Scott Petty, that is used to take students on the three-week- long Marine Geology and Geophysics ﬁeld camp every summer. The boat also serves as a critical part of the Jackson School’s Rapid Response Program, which sends geoscientists to the site of natural disasters shortly after they occur to collect ﬂeeting data. The Petty’s also started the endowment for the vessel’s upkeep and, long ago, created the O. Scott Petty Geophysical Fund, which supports the eﬀorts of the Jackson School’s Wallace Pratt Professorship in Geophysics.

“Our primary mission at the Institute for Geophysics is to conduct — and lead — world-class expeditionary-scale research focused on societally relevant and scientiﬁcally fundamental problems,” said UTIG Director and Scott Petty Jr. Endowed Chair Demian Saﬀer. “The Petty family understands the importance of these endeavors, particularly for researchers to have the ﬂexibility and resources to launch ambitious programs and expand into new areas. They have been tremendously supportive. I can’t thank them enough.”

The Petty family has been in geophysics almost as long as it has been a viable industry in this country. Petty’s father, O. Scott Petty, was a pioneer in the business. He founded the Petty Geophysical Engineering Company in 1925, one of the ﬁrst seismic service companies in the country. That same year, as his 1994 New York Times obituary retells, “he developed what he called his ‘little jiger,”’ an electronic seismograph detector utilizing vacuum tubes. The “little jiger” was about the size of a suitcase and was used to ﬁnd deposits of petroleum by picking up vibrations in the earth. Years later, a smaller version of the device was used in the country’s burgeoning space program.

The elder Petty came by his fascination of geophysics and seismology as a young man after experiencing its practical application in the ﬁeld. As a soldier on the front lines in World War I, he couldn’t help but notice that German guns always seemed to knock out Allied artillery soon after they began ﬁring. His curiosity to ﬁgure out how they were doing it led him to a discovery that would shape his life. The Germans were using early seismic equipment to triangulate the position of the Allied guns and help guide their return ﬁre. A few years after returning from the war, he founded Petty Geophysical Engineering Company, which would become Petty-Ray Geophysical, a division of Geosource Inc., and then became part of Halliburton Geophysical Services and eventually Schlumberger. 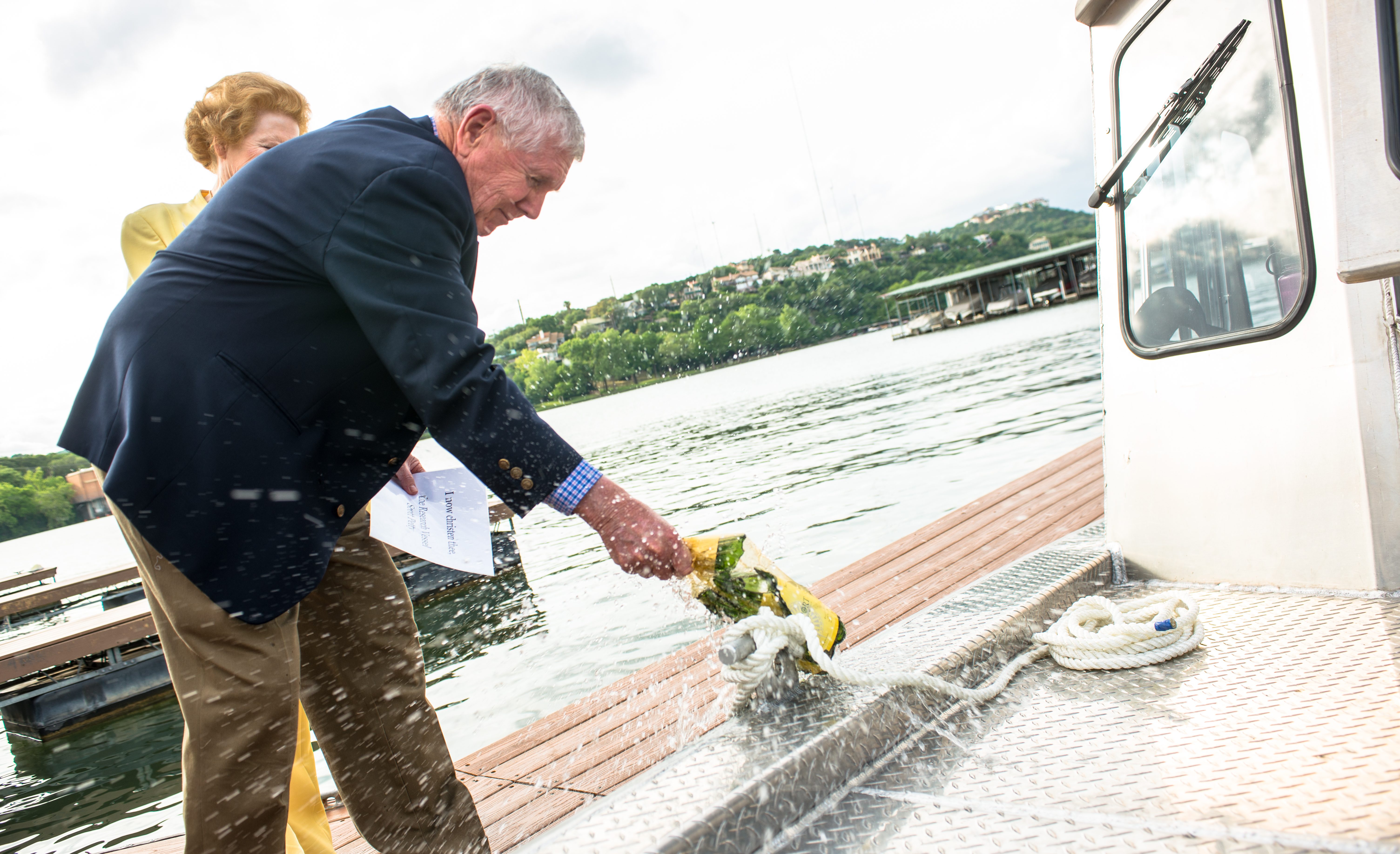 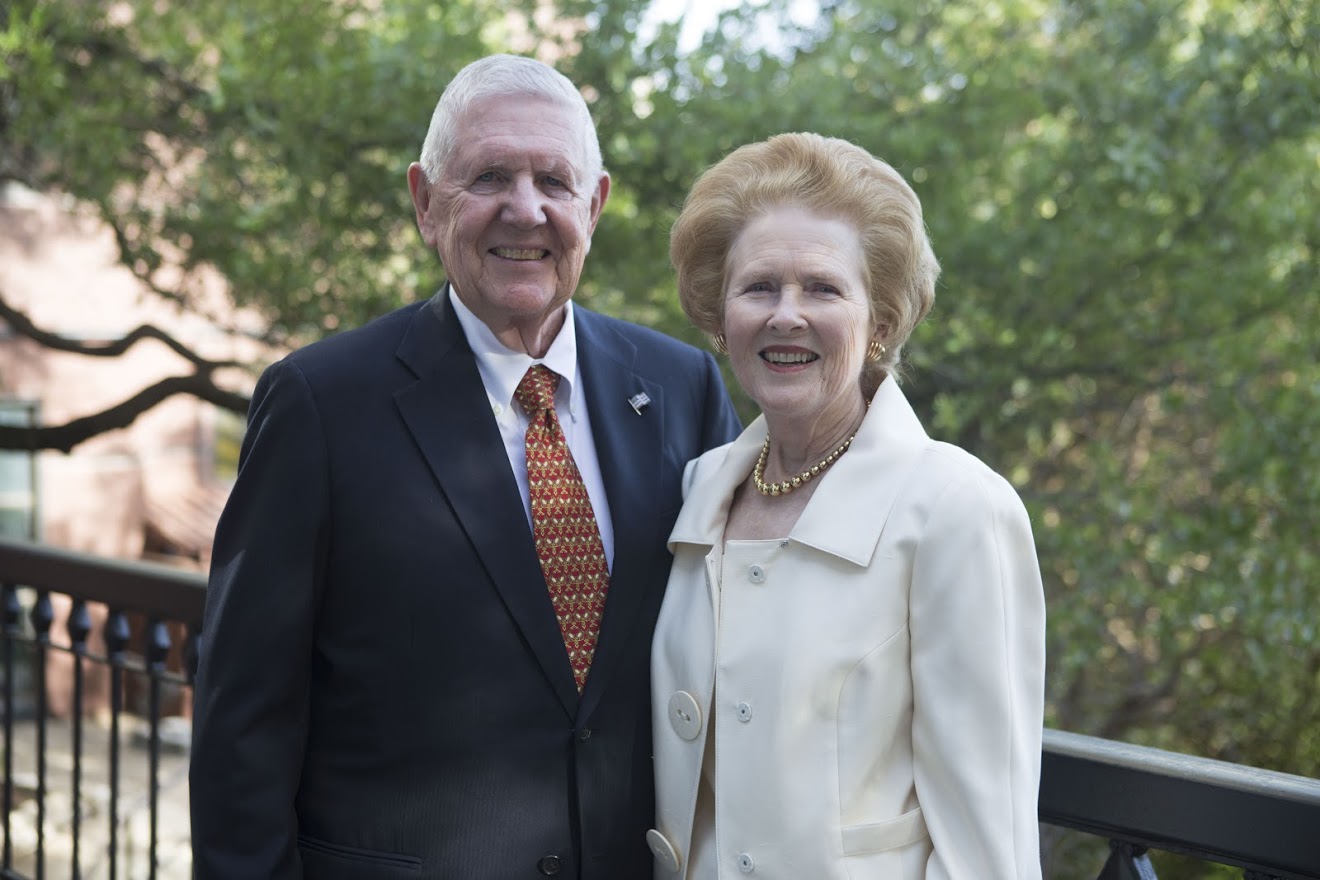 Petty Jr. grew up in the family business working with his father and mother, Edwina Harris Petty. He worked on a seismograph crew during the summer in high school and very much wanted to study geophysics in college. Unfortunately, the only program he could ﬁnd was at the Massachusetts Institute for Technology, which he determined was not the place for him after a visit. He decided to attend UT and major in engineering like his father, but he found only a single course in geophysics, oﬀered by the physics department.

Thus began, for Petty and his father, a lifelong eﬀort to support and foster the growth of geophysics education at UT, both through philanthropy and by lobbying the powers that be to increase UT’s educational oﬀerings. Father and son both served on the Geology Foundation Advisory Council. The elder Petty served from 1955-69, before becoming an honorary life member until his death in 1994. Petty Jr. joined the advisory council after his father stepped down in 1969 and served until 1990.

The Petty’s eﬀorts got a major boost when the Jackson School of Geosciences was formed in 2001, tying UTIG to the Department of Geological Sciences and the Bureau of Economic Geology to form one of the nation’s premier geoscience schools. Among the beneﬁts, it put students at the department within easy reach of the world- class geophysics expertise housed at UTIG.

Research Professor Sean Gulick, who is in both the department and UTIG, has seen the fruits of the Petty’s generosity ﬁrsthand, particularly when it comes to the geophysics ﬁeld course that teaches students how to collect and process data in the ﬁeld. Students often cite the camp as one of the best education experiences of their lives, he said, and it’s something that would be very diﬃcult to accomplish without the Petty’s generous donation of the RV Scott Petty and the vessel’s maintenance fund.

“Scott and Eleanor and the family have been tremendously supportive of getting students into the ﬁeld to teach geophysics,” he said. “It really helps students understand how the science gets done. It’s one of the things that we oﬀer that is unique to UT.”

Although Petty Jr. is no longer active in the geophysics industry, he and Eleanor are still very active in their support of geophysics at UT and the generations of students it

is producing. They are especially excited about the role geophysics is playing in space exploration and want to see the Jackson School’s strength in the discipline continue to grow. In fact, Petty Jr. has a pretty good idea of where the school should be.

“We need to be No. 1 in geophysics,” he said, breaking into a wide smile. “That seems like a good goal.”