Our team studies the connection between Earth and life through geological time; more specifically, our research elucidates the evolutionary and environmental events that have shaped ecosystems through time (usually, but not exclusively, Mesozoic ocean ecosystems). Ancient communities provide vital information about how organisms evolve, adapt, and respond to catastrophes and thus are useful analogues for modern systems. By assessing how fossil organisms interacted with their environment – either succumbing to or surviving sudden environmental events – our research provides critical data about how ecosystems respond to stresses like climate change, ocean acidification, and nutrient pollution. The fossil record of these ancient events provides a roadmap of obstacles that can be used to help protect marine communities today to ensure their future.

Research in the Martindale Lab spans many topics, from reef ecology, to mass extinctions, to exceptional fossil preservation, resulting in numerous publications. Our team is highly interdisciplinary, combining paleontology, sedimentology, biology, geochemistry, and oceanography. We have conducted fieldwork in ten countries in collaboration with colleagues from UT Austin as well as national and international universities and museums. Below are some of our active research areas (* denotes a student or postdoc at UT Austin).

(Mass) Extinctions and their Causes 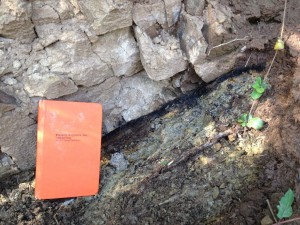 Several Mesozoic extinctions correlate with the eruption of Large Igneous Provinces. Flood basalt emplacement is thought to cause a cascade of synergistic kill mechanisms such as global climate change (warming), low oxygen concentration in the oceans and even ocean acidification. Both the end-Permian and end-Triassic have now been connected with the rapid emplacement of large flood basalt provinces and the resulting environmental changes. Recent work has focused on the end-Triassic mass extinction, and future work will combine this research on ancient carbon cycle perturbations and reef extinctions with research on modern reef decline and environmental deterioration due to human activities. 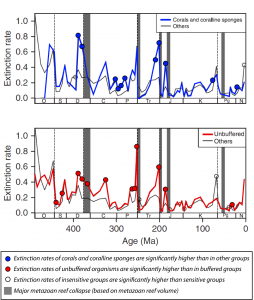 There are times in earth history when a carbon-cycle perturbation (such as a flood basalt eruption) causes catastrophic environmental deterioration, mass extinction, and reef collapse. However, sometimes these major environmental perturbations cause reef collapse but not extinction events. Understanding what causes community collapse or ecosystem resilience is key to determining how modern communities could survive future environmental deterioration.
Our team is focused on several events, including; the end-Triassic event, the Toarcian Ocean Anoxic Event, Cretaceous Ocean Anoxic Event 1a, and the Paleocene-Eocene Thermal Maximum. 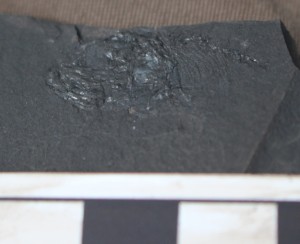 A new Lagerstätten deposit was discovered from Lower Jurassic shales in Canada. This deposit has produced shrimp- and lobster-like crustaceans, articulated crinoids, fish, ichthyosaur and dinosaur vertebrae, squid, plant material, and a diverse suite of bivalves, ammonoids, belemnites, and microfossils. Our goals for this deposit are to document the fauna, determine how the community was preserved, and to apply this information to the broader understanding of Early Jurassic paleoecology and exceptional fossil preservation. 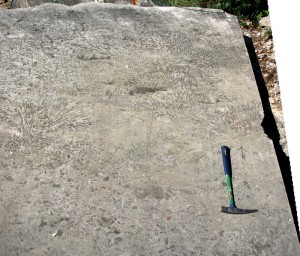 The early Mesozoic is a key interval in the evolution of reef systems. Scleractinian corals first appear in the fossil record during the Triassic and are thought to have acquired symbionts in the Middle Triassic. The end-Triassic extinction and reef crisis was one of the largest reef collapses of the Phanerozoic and it was particularly severe for hypercalcifying reef builders. Reefs collapsed again in the Early Jurassic but flourished again in the Late Jurassic and during the Cretaceous, corals and rudists built reefs right here in the southern US. In addition to the reef paleoecology, our lab is also studying the cause(s) of the reef collapses at the end of the Triassic and during Oceanic Anoxic Events.

Paleocene-Eocene Reefs and the PETM 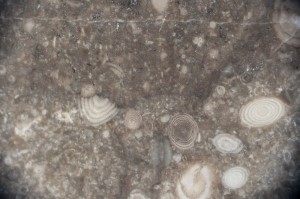 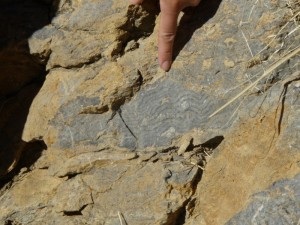 Although corals are iconic reef builders, there are still several key questions left unanswered. One of the key issues is whether or not Mesozoic corals had a symbiotic association with zooxanthellae. There is currently no definitive test for whether fossil corals had zooxanthellae, so our research team is working to determine novel proxies for photosymbiosis in Scleractinian corals. 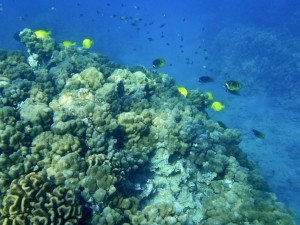 Although much of our research looks into the geological past, we are also concerned with modern and future coral reef ecosystems. We have several projects studying the health of modern reefs and their conservation, as well as projections for their future health. 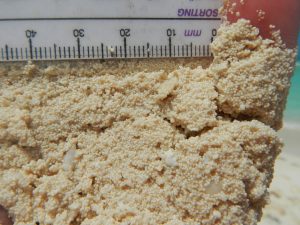 We have several projects exploring the geochemistry and geobiology of carbonate ecosystems through time.

Board Games and Geoscience Education 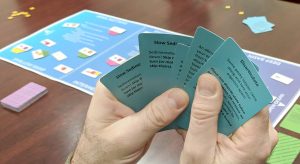 We have several projects exploring Geoscience Education and whether or not Games are a helpful medium for teaching Earth Science concepts.