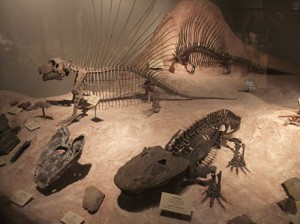 The active, growing permanent collection consists of approximately 250,000 cataloged specimens and perhaps three times that number of uncataloged specimens. Many master’s theses and doctoral dissertations, and thousands of publications are based on Vertebrate Paleontology Collections specimens. Included among our current holdings are several distinct historical collections, which include those described below. 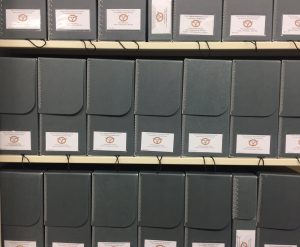 The archival materials consist of 554 cubic feet (cf) of maps, field notes, research permits, correspondence, images, art work, and other documents relating to the history of paleontology in Texas and North America. The archival materials represent the scientific and historic context for specimens collected from the late 19th century to the present day, and held in trust as a State, Federal, and tribal repository.

The records preserved in the vertebrate paleontology archive document a rich history of scientific research throughout the state over at least 125 years. Scholars from all over the world have contributed to the holdings of this institution, and include such notable biologists, paleontologists, and naturalists as Edward Drinker Cope, E. H. Sellards, Glen Evans, Alfred S. Romer, Charles Repenning, Mark Francis, John Wilson, Ernest Lundelius, and Wann Langston. Their efforts are publicly available in perpetuity in our institution, and we are working to improve preservation and discoverability by arranging these materials and creating finding aids. 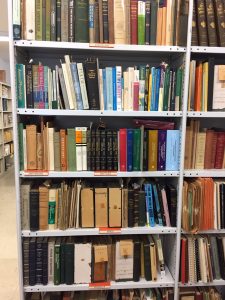 Largely built through the donation of personal research libraries, our holdings boast rare books, manuscripts, and volumes from around the world. One of the greatest assets to our collection, these reference materials are still largely unavailable online and constitute an enormous contribution to paleontological scholarship.

Contributions from John Wilson, Wann Langston, and Ernest Lundelius form the core of these holdings, supported in part by the Wann Langston Library Endowment.

Casts of this skeleton and other selected specimens from the holdings of the Vertebrate Paleontology Collections are now available.