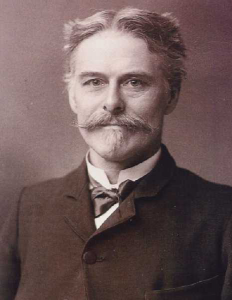 The earliest scientific discovery of fossil bones in Texas was in 1837, by William P. Huff. These bones were described in 1846 by William Carpenter, M.D., a professor in the Medical College of Louisiana. Over the next six decades, modest but important collections were made throughout Texas. These early collections were sent across the country for exhibition and research, and some made it as far as the British Museum and remain in London today. Others were sent to Othniel C. Marsh of Yale University and to Edward Drinker Cope of the Philadelphia Academy of Sciences.

The infamous Cope-Marsh battle was inflamed partly over these fossils, as the mutual jealousy of these great paleontologists spurred a race to be the first to publish on the Permian rocks of Texas. Cope was the first to present his findings on the Texas Permian to a scientific meeting, but Marsh was the first in print.

In 1890-1894 the Texas Geological Survey, under the direction of Edwin T. Dumble, employed Cope to collect and report on Permian, Triassic and Cenozoic fossils from the northern part of the state. Among the specimens collected were several species new to science, which Cope named and described. The fossils collected under this arrangement also left the state, but in later years a few of Cope’s type specimens were repatriated and are now housed at the Vertebrate Paleontology Laboratory. 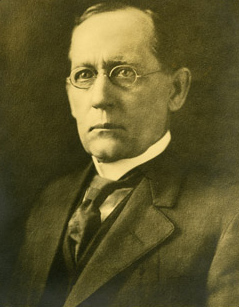 Museums from other parts of the country continued to collect in Texas. In the first decades of the 20th century significant collections of Permian vertebrates were made by Ermine C. Case of the University of Michigan Museum of Paleontology, Samuel W. Williston and Everett C. Olson of the Field Museum of Natural History in Chicago, and by Alfred S. Romer of the Museum of Comparative Zoology at Harvard. But it was not until the 1930s that vertebrate paleontology was systematically undertaken by any Texas state agency. From 1935 to 1937, a modest collection of Texas vertebrates was made by Dr. H. B. Stenzel, whose aim was to assemble displays for the Texas Centennial Exposition. Although most of the specimens accumulated by Stenzel were from other parts of the country, some noteworthy specimens of scientific interest were collected in Texas for the Texas Memorial Museum, which was then under construction at The University of Texas at Austin. 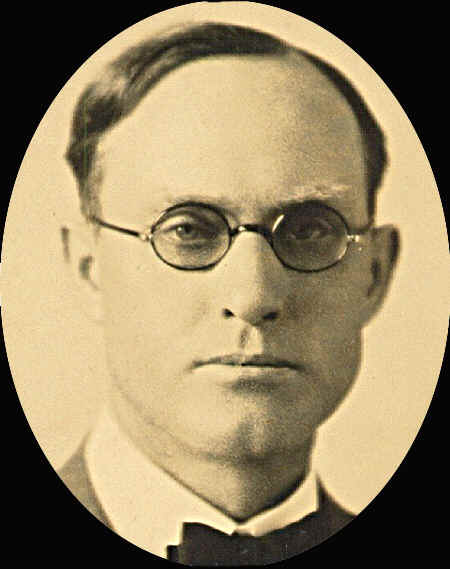 The first significant organized explorations for fossil vertebrates to be made under state sponsorship were begun in 1939 by Elias H. Sellards, an eminent vertebrate paleontologist. At that time, Sellards was director of both Texas Memorial Museum and the Texas Bureau of Economic Geology. Sellards obtained federal support for a statewide paleontological and mineralogical survey that lasted roughly two and a half years. The project employed an average of 25 men in addition to supervisory personnel, who collected specimens from 22 different counties across Texas. By its end, the program had accumulated approximately 11,100 vertebrate specimens, at a cost of approximately $300,000. At the time, this was the largest and most diversified collection of fossil vertebrates in the south-central United States, including the largest assemblage of Triassic vertebrates from Texas ever made and an important collection of Permian vertebrates. A few display-quality specimens were exhibited at Texas Memorial Museum, but with the onset of World War II, the rest remained in inaccessible storage or were scattered about various basements and attics on The University of Texas at Austin campus. 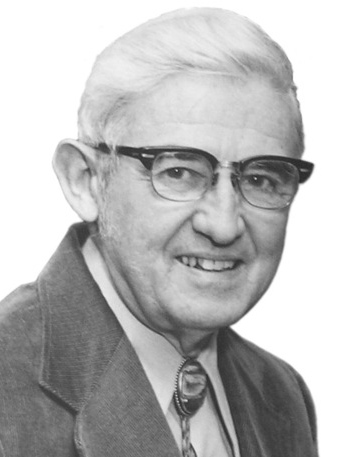 The Vertebrate Paleontology Laboratory (VPL) was founded by the late Dr. John (Jack) A. Wilson in 1949, with the three-fold goals of teaching, research and conservation. Wilson was trained as a professional paleontologist at the University of Michigan under the direction of the preeminent vertebrate paleontologist E. C. Case. Dr. Wilson had accompanied Case on collection trips to the Permian of Texas while a graduate student, and he joined The University of Texas Geology Department in 1948.

The situation that Dr. Wilson encountered with respect to the fossil collections and paleontology when he joined the faculty was complex and difficult. Most of the specimens available for study belonged to the Bureau of Economic Geology, which had neither paleontologists nor technicians that could be dedicated to work with vertebrate fossils. The Texas Memorial Museum had a technician but no collection or paleontologist. The Geology Department had a paleontologist and offered courses in vertebrate paleontology but had neither a collection nor a technician. The respective heads of these organizations were less than cooperative. Wilson negotiated a partial solution by proposing to organize the Vertebrate Paleontology Laboratory. Dr. Wilson was named as the nominal Director, but VPL was at first “unofficial” and no budget was provided. VPL’s success was entirely contingent upon Dr. Wilson’s skill at negotiating assistance from the three parent organizations.

Between 1950 and 1959, Dr. Wilson restored most of the earlier collections that had remained in the state and assembled them together under a single roof, in a building at what was once Balcones Research Center (now the J.J. Pickle Research Campus) officially named the Vertebrate Paleontology Laboratory. During this time VPL was under the administrative umbrella of the Bureau of Economic Geology, but Dr. Wilson’s appointment remained with the Department of Geology. In 1967 the lab received its first formal recognition in the form of a budget ($18,436) for a professional conservator, curatorial assistant, and for fieldwork. Wilson retired from directorship of the Lab in 1969, but he continued to teach at The University of Texas at Austin until his retirement in 1976. Throughout his career, Dr. Wilson collected intensively in the Tertiary deposits of the Gulf Coastal Plain and Trans-Pecos Texas, including the area in and adjacent to Big Bend National Park. Together with his students, Dr. Wilson built a large and important collection of Tertiary vertebrates from West Texas and Mexico that has led to many publications on the region.

Dr. Wilson was also a charter member of the Society of Vertebrate Paleontology (SVP), the world’s preeminent paleontological organization. In October 2000, SVP awarded Dr. Wilson its highest honor, the Romer-Simpson Medal, in recognition of his founding of VPL, of the many professional paleontologists he trained, and for his many and diverse scientific contributions to vertebrate paleontology and geology.

Dr. John A. Wilson, professor emeritus of geology at The University of Texas at Austin, died October 21, 2008 at the age of 93. 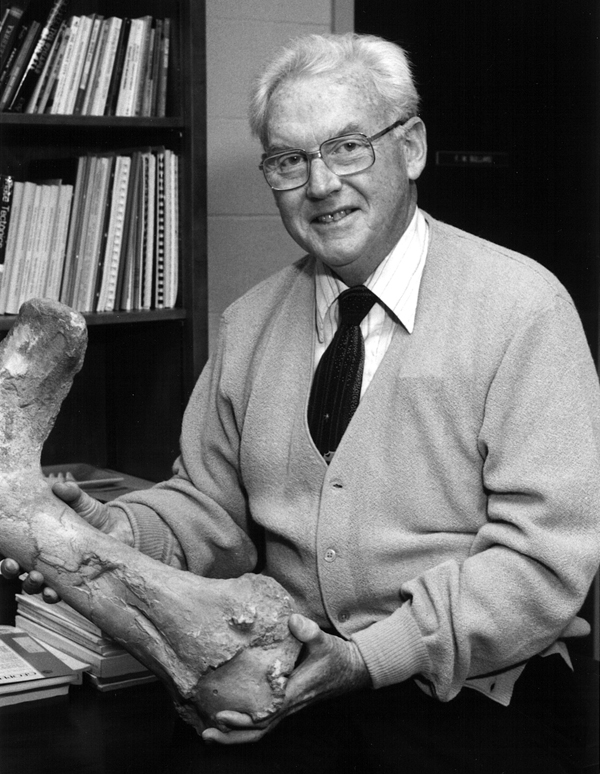 Dr. Wann Langston, Jr., formerly Curator at the National Museum of Canada, joined The University of Texas at Austin in 1969 to become the second director of the Vertebrate Paleontology Laboratory. At that same time, VPL was transferred to the administrative umbrella of the Texas Memorial Museum. Dr. Langston directed the first major phase of computerization of our collections under the auspices of a National Science Foundation grant. With his students, he also built a major collection of fossil vertebrates from Cretaceous rocks of Big Bend National Park, and he acquired teaching and research materials from all over the world. He was also responsible for taking on the orphaned collection from Texas A&M University.

VPL eventually became a separate administrative unit during Dr. Langston’s tenure. Dr. Langston was responsible for the establishment of an endowment to supplement VPL’s operating budget, and for tremendous growth of its excellent library. He directed VPL until his retirement from the University in 1986. Dr. Langston remained an active researcher until the few weeks preceding his death at the age of 91, on April 7, 2013. 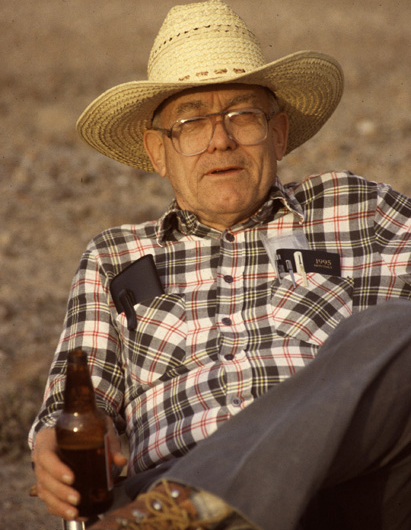 Dr. Ernest Lundelius, Jr. became the third director of the Vertebrate Paleontology Laboratory in 1986. Dr. Lundelius was an undergraduate at The University of Texas at Austin and he had worked with Dr. Wilson in 1949 and 1950 to assemble the collections that had become scattered across the University, and so he was a part of VPL from its inception.

Dr. Lundelius and his students amassed large and significant collections of Quaternary vertebrates from the American Southwest. He also made an outstanding collection of Holocene vertebrates from Australia, where he had been a Fullbright Fellow in 1954. Dr. Lundelius returned to The University of Texas at Austin as an Assistant Professor of Geology in 1957.

Dr. Lundelius retired from the University in 1998, but he remains an active researcher and he continues to work with students and to do field work. 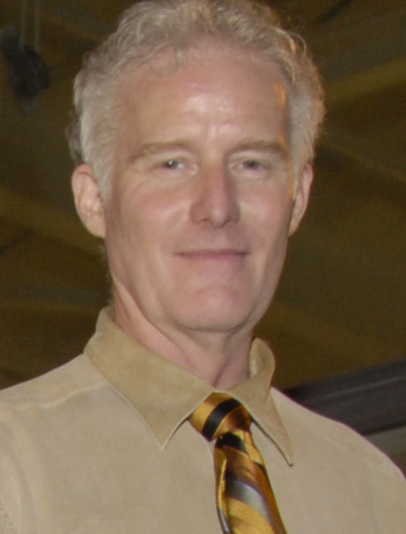 Dr. Timothy Rowe became the fourth director of the Vertebrate Paleontology Laboratory in 1998. At the same time, VPL was re-merged as a division of the Texas Natural Science Center.

Currently VPL functions much as similar facilities at other major U.S. universities, performing the three-fold roles of research, education and conservation. It has become a national center of excellence for the study of the history of prehistoric vertebrates.

In size, its collections are among the top ten such facilities in the U.S., and it hosts one of the largest graduate training programs in Vertebrate Paleontology in the nation.

In 2013, the VPL became part of the Jackson School of Geosciences.