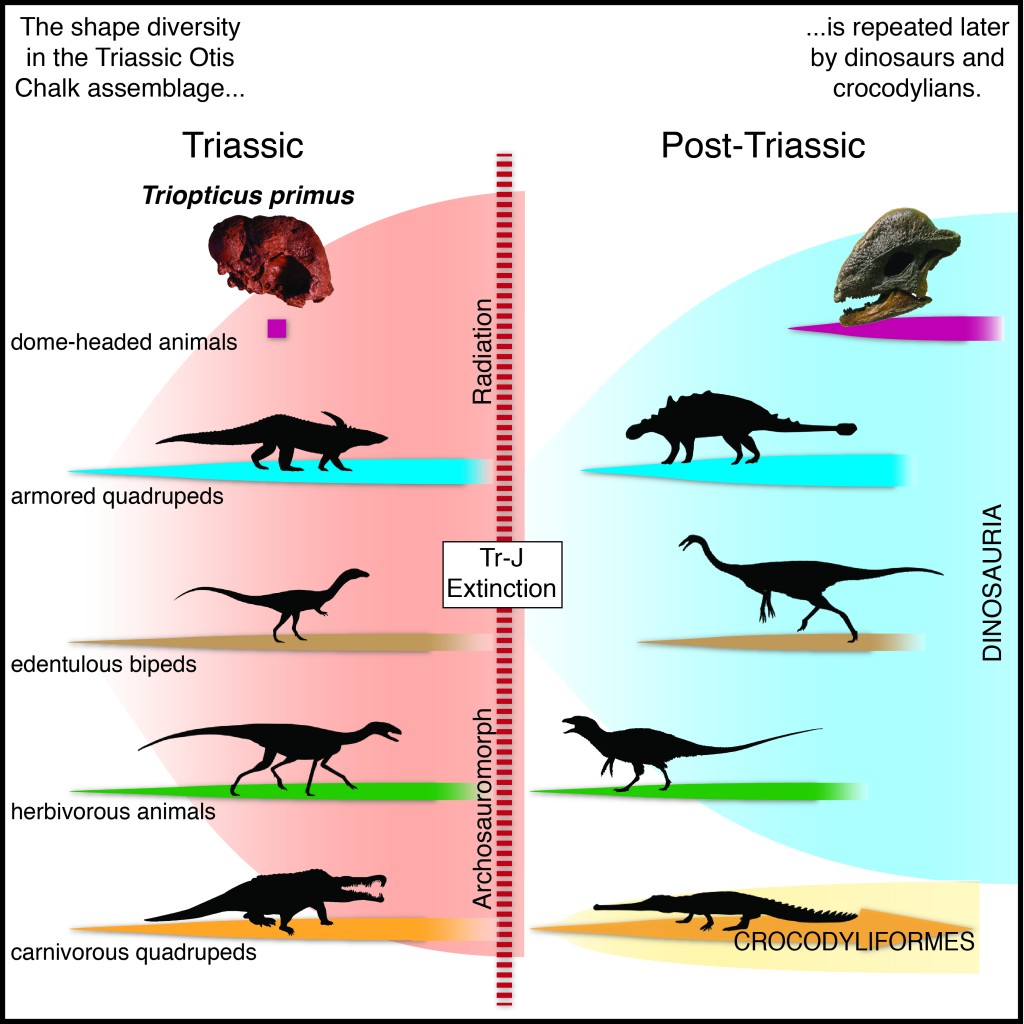 We describe an exciting new species of extinct reptile (closely related to dinosaurs and crocodylians), Triopticus primus, as part of a diverse reptilian fauna from ~230 million years ago in Texas. This single group of reptiles preserves an extensive range of skeletal shapes and structures that each are re-evolved by dinosaurs and crocodylians millions of years later, presenting a striking example of convergent evolution among vertebrates.

CT scan files can be downloaded from Morphosource.org 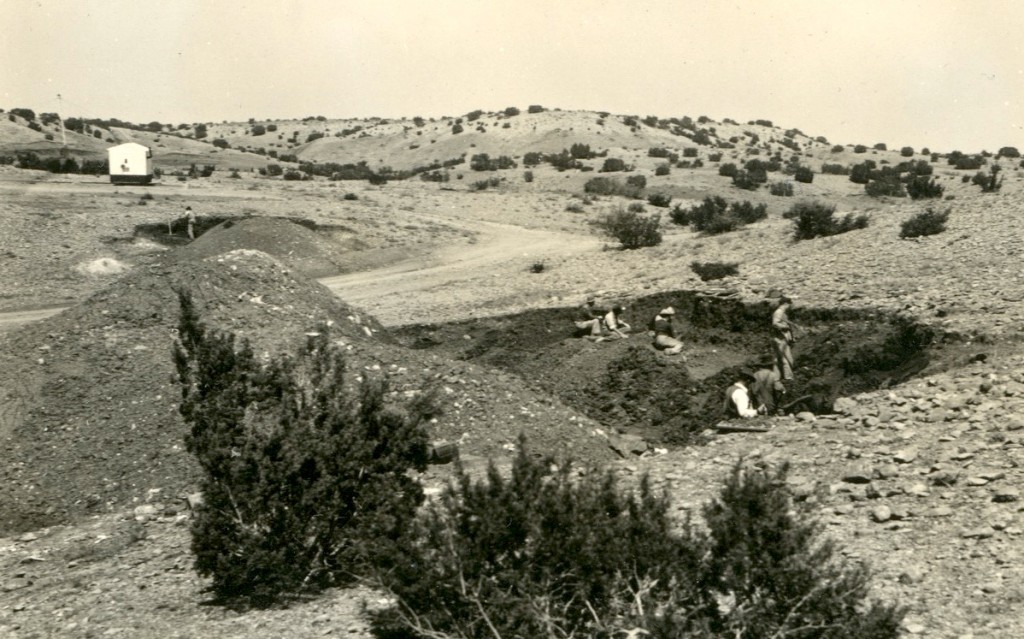 Otis Chalk Quarry 3, where Triopticus primus was excavated during the Statewide Paleontological and Mineralogical Survey of Texas, 1940. Photo credit- Archives of the Texas Vertebrate Paleontology Collections

The Works Progress Administration collected more than 10,000 specimens under the leadership of Dr. Elias H. Sellards between 1939 and 1942. An average of nine field crews at any given time collected fossil vertebrates across Texas. Approximately $300,000 was invested in this effort. 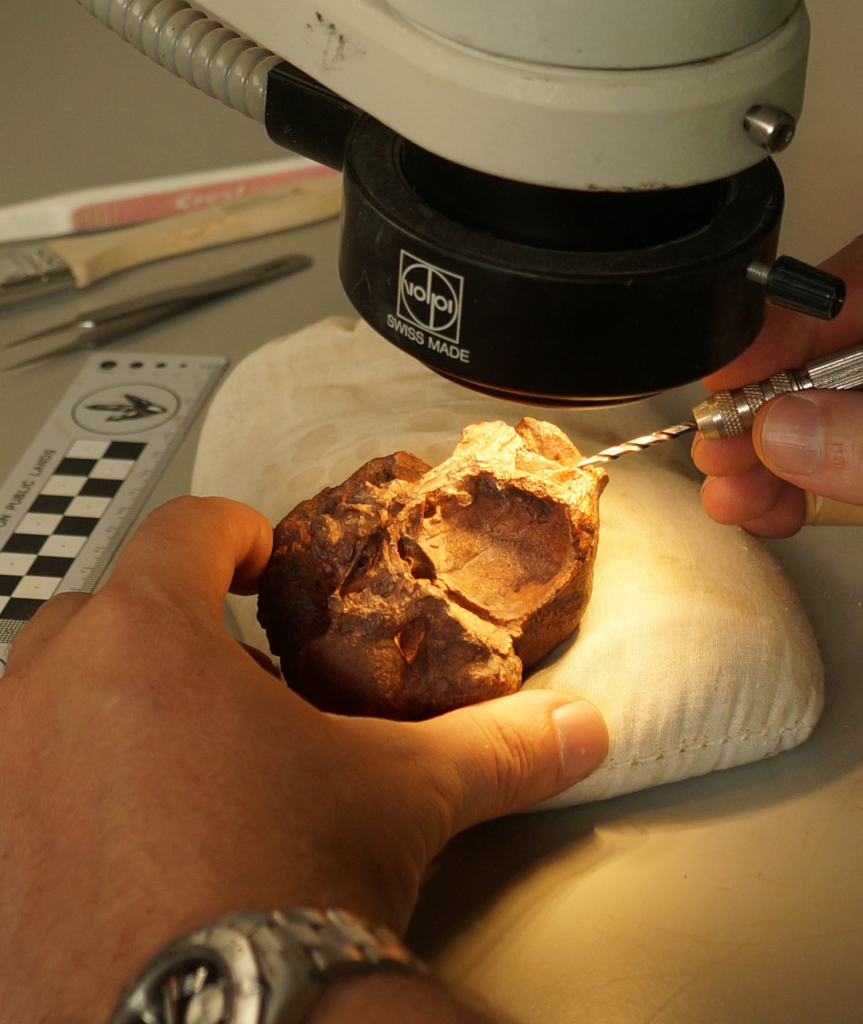 The holotype skull of Triopticus primus during preparation under the microscope. Photo credit- Matthew Brown 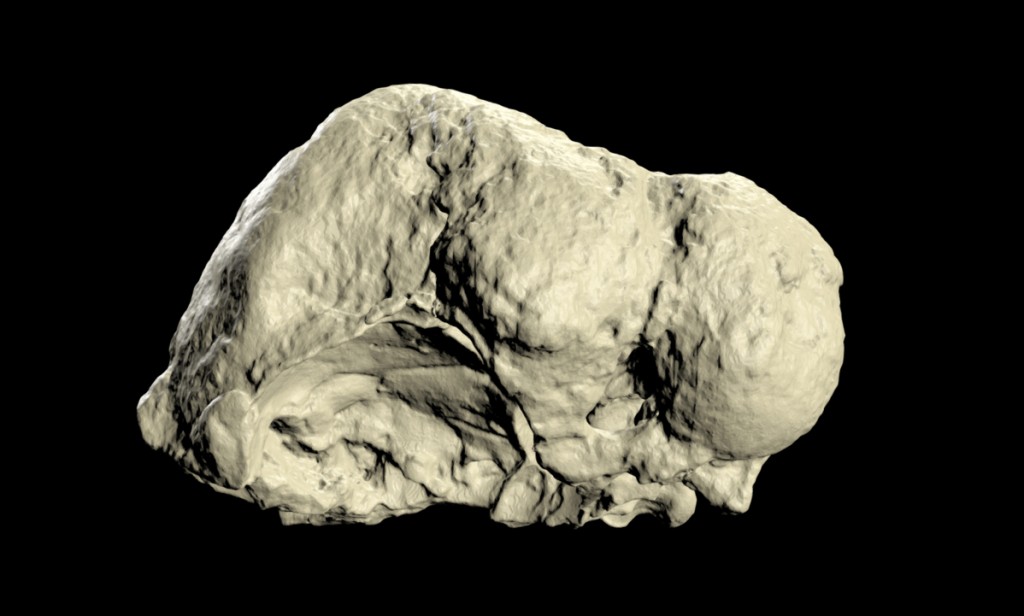 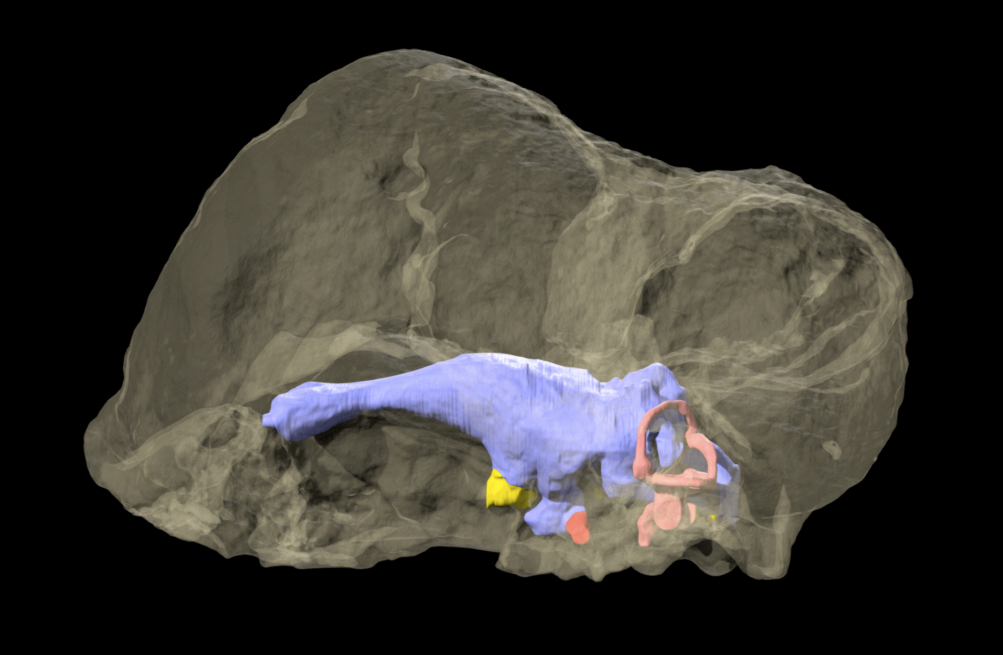