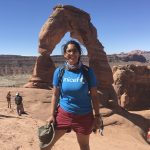 Kiara Gomez is a  PhD candidate working on understanding the impacts of the North Sea Dome of Jurassic intervals across the Norwegian North Sea. She has been a member of AAPG for 4 years and has been on the leadership team for Longhorn AAPG since 2018. She is also a part of the AAPG Women’s Network. Kiara’s future plans are to tackle challenging issues within geology, either through academia or industry. 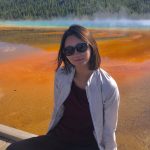 Qiqi is a PhD candidate working on structural diagenesis problems. She has been a member of AAPG since 2014 and this is her first year serving as an AAPG student chapter officer. Qiqi is passionate about getting more people involved in our AAPG student chapter activities and wants to help be a catalyst for change with the help of our amazing JSG community. She loves meeting new people, so if you see her around campus feel free to stop her and say hello! 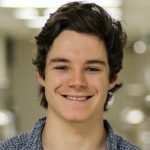 David is a second-year master’s student pursuing a degree in Geophysics and working with Dr. Peter Flemings. The focus of his research is on the prediction of pressure and state of stress in the subsurface. His work primarily involves the coupling of geomechanical models with seismic data. David has been a member of AAPG since he was an undergraduate. He received his BS in Geophysics from UT in 2019. 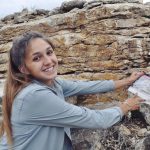 Bethany is a second-year master’s student studying hydraulic fracture morphology and propagation, with an emphasis on fracture segmentation. Her research is conducted in partnership with the UT Bureau of Economic Geology and focuses on the Hydraulic Fracture Test Site in the Midland Basin. Bethany has been a member of AAPG for 4 years, and this is her first year joining the Longhorn AAPG leadership team. Bethany is also a part of the AAPG Women’s Network. Her future plans include confronting complex problems in fractured reservoirs, and roping in as much fieldwork as possible. 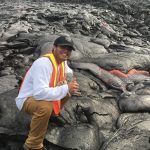 Jake is a second-year Master’s student conducting research at the University of Texas Institute for Geophysics. Currently, his research group is interested in using geological and geophysical methods to track ancient barrier islands and studying how these dynamic systems responded to rising sea levels, with the hope that it will provide insights into how our modern shorelines will reciprocate this response. This is Jake’s first year as an officer for the UT AAPG Student Chapter, but he has been a member of the national chapter all throughout his undergraduate tenure. His future plans not only include industry, but also sand resource evaluation and GIS paths. 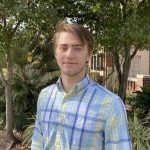 Preston is a senior at UT Austin studying geology at the Jackson School of Geosciences. He grew up right here in Austin, TX where he grew familiar with the fascinating geology of Central Texas, ultimately leading him to pursue the geosciences. His experience in petroleum involves a brief stint of research in sand mining and an internship at the oil and gas tech start-up Rigup. He is also pursuing an Energy Management certificate at UT Austin that focuses on the land and legal side of petroleum production in the US.