Reuben is an Energy and Earth Resources graduate student studying the life cycle and economics of biofuels from algae.

Balagopal was an Associate Professor in the Department of Mechanical Engineering at the SCMS School of Engineering & Technology in Kerala, India.  He has a PhD in Industrial Engineering & Management from the Indian Institute of Technology Kharagpur. He is an expert in system dynamics modeling of business and physical processes. Dr. King hired Dr. Menon to advance work on a macroeconomic system dynamics model of the economy to explore trade-offs of debt and an energy transition to renewable/low-carbon energy.

Harshit (“Harsh”) is from India and an Energy and Earth Resources graduate student.  Before coming to the University of Texas at Austin he received a bachelor’s degree in Environmental Engineering and worked as an Environmental Manager for 2 years. He is researching a very fundamental question of how to model how energy and environmental technologies and management impact the economy.  His modeling focuses on simultaneously and consistently modeling concepts within both the biophysical (e.g., population, natural resources and energy) and monetary (e.g., money, debt, interest rates) domains.   Specifically, he is combining the biophysical Human and Nature Dynamic Systems (HANDY) model (Motesharrei, 2014) with the monetary models of R. M. Goodwin, Hyman Minsky, and Steve Keen.

Yongseok graduated with an Energy and Earth Resources Master of Science degree researching the role of “useful exergy” (or available energy that is converted to energy services at some efficiency) by modeling the economic growth (GDP) of South Korea as a function of useful exergy.  This follows the research of Reiner Kummel and Robert Ayres on this subject.

Thesis:  Analysis of the Relationship between Energy (Useful Work) and Economic Growth of the Republic of Korea

Kristin investigated the enhanced risk to corrosion of water network (wastewater) pipelines that reside in floodplains. Using data from Austin Water, she assessed the location and quantity of pipelines (length of pipelines) that reside in flood-prone areas in tandem with the pipeline material and makeup of the surrounding soil. These are major factors that contribute to enhanced corrosion potential.

Tess assessed the layout of the Austin Water pipeline networks (treated drinking water, wastewater, and reclaimed water) using network theory and information theory metrics of network structure.  The long-term goal of this type of research is to in order to inform decisions about future investments in water systems as well as networked systems in general.  As networks (such as water supply pipelines) grow in size, it is important that we understand how it is evolving in a balance between efficiency and resilience, and by using these methods, we can assess how water networks reside within this balance and how that balance has changed over time.

Grecia is a native of Peru and an Energy and Earth Resources graduate student.  Grecia’s research focuses on comparing the productivity of oil and gas wells based in shale plays with the estimated cash flows (from those wells) and the financial viability of the company that owns the wells.  She is focusing on the Eagle Ford play of Texas and three companies that operate wells in that play: EOG Resources, Inc., Chesapeake Energy Corporation, and Pioneer Natural Resources. 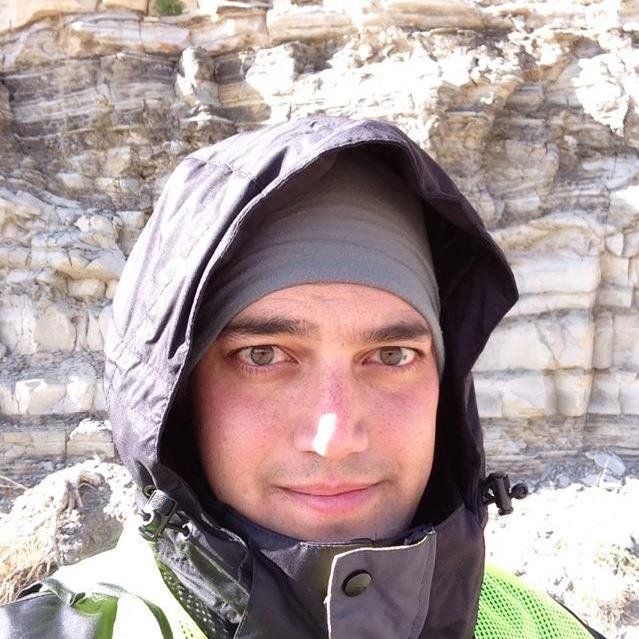 Alan graduated with a Master’s degree in the Energy and Earth Resources program in the Jackson School of Geosciences.  He researched the cost feasibility of desalination of brackish groundwater for Central Texas..

Stephen graduated with a Master’s degree in the Energy and Earth Resources program in the Jackson School of Geosciences.  His thesis used information theory metrics to measure the resilience and efficiency of the structure of the world economies characterized in the World Input-Output Database.

Acksornchan is a native of Thailand.  Her thesis assessed the feasibility and cost of implementing residential photovoltaics in Bangkok, Thailand.

Alyssa was a student in the Energy and Earth Resources program of the Jackson School of Geosciences.  Her current research is focused on comparing the energy return on energy invested (EROI) across countries using data from the International Energy Agency. This research is important to understand long-term trends of the quality of energy resources across scales from single technologies to the macroeconomy.

Jesse achieved two degrees, one  in Energy and Earth Resources  from the Jackson School of Geosciences and one in Global Policy from the LBJ School of Public Affairs.  She has experience in using statistical methods, geographic information systems, and understanding development issues associated with water resources and climate change.  She is interested in the effects of land-use and climate change on water resources, specifically pertaining to adaptive policy strategies for developing regions. esse’s is working on a research project with the Climate Change and African Political Stability program of the Robert S. Strauss Center.  Her research with Dr. King,  supported by his project funded by the German Environment Ministry, is mapping and water balance modeling of micro river basins in Brazil that might have significant land-use change due to agricultural biofuel feedstock expansion. Jesse graduated with a B.S. in Geoscience from the University of Iowa in 2011.

For his thesis John performed a net energy analysis of sorghum-based biofuels grown in West Texas.  The results indicate that from an energy balance perspective 2.5 unit of energy could be provided for energy unit of energy invested in the sorghum to energy (ethanol) process. If accounting for the economic value of agricultural coproducts, then this energy return ratio could be up to 5.3.  However, power (= energy / time) is also important, and because the sugars in sweet sorghum degrade very rapidly after harvest, one must process the sorghum within days after harvest. This means that the production facilities (e.g., capital investment) must be larger than that for corn-based ethanol because corn can be stored for many months after harvest.  Therefore, sweet sorghum is unlikely to be a viable fuel in the future. 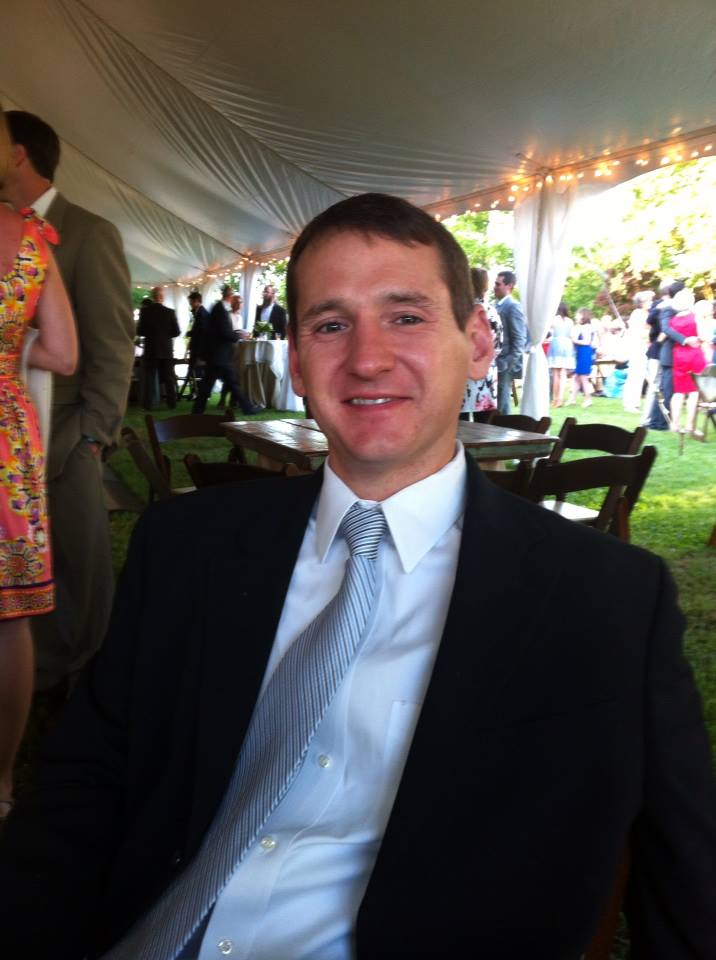 After graduation Jason took a position at ARPA-E in the Department of Energy.  Jason previously held field engineering, service quality, equipment maintenance and crew management positions at oil and gas services company Schlumberger from 2000 to 2009. Jason’s work at Schlumberger included reservoir evaluation and productivity projects for major operating companies like ConocoPhilips and BP and on the North Slope of Alaska and deepwater in the Gulf of Mexico. From 2009 to 2013, Jason served as a Principal for a technology start-up company participating in all areas of the business from product conception through commercialization, fund raising, team building, growth, and international expansion. Jason started his career as an engineer at Hunt Refining Company. He is an active member of the Society of Petroleum Engineers (SPE), and earned both a BS in Chemical Engineering, with Honors, and a BS in Biological Sciences from the University of Alabama. 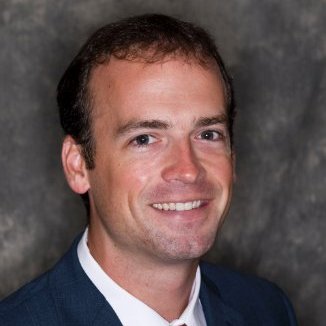 After graduating from Rice University in 2003, George began his career as an environmental consultant leading assessment and permitting projects for residential and commercial development in Austin, Texas, before transitioning to managing field operations for large-scale soil and groundwater remediation projects associated with current and historic industrial activities.  George is now in his third year as a dual-degree MS/MBA candidate (in the Jackson School’s Energy and Earth Resources MS program and McCombs School of Business MBA program) concentrating in energy resource management, specifically focused on electricity market innovation and more efficient use of traditional energy resources.  His research has varied from identifying drivers of residential solar adoption to examining macroeconomic impacts of system-wide energy and resource trends.  In his free time, George enjoys camping, fishing, mountain biking, and rock climbing.

Current Position: Fiscal Analyst for the State of Michigan 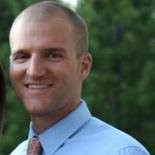 While a dual Master degree student at UT (LBJ/EER), John studied the interaction between energy and the economy. The interface of these two variables has played and will continue to play a large role in shaping both policy and economic research. With his research at UT, John looked to expand on previous work done by Dr. King, the idea of a systems-based approach to the application of energy into the economy. Thus, the idea of Energy Intensity Ratios can be thought of as way in which broad energy and economic trends can be normalized into a measure to help undergird a broader discussion of policy solutions and normative economic recommendations within the systems-based framework.