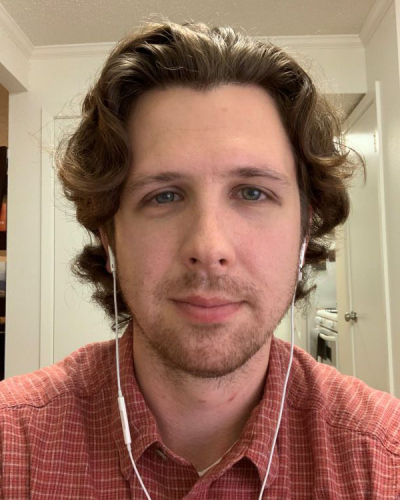 Project 1: Tectonic Controls on Laramide-Mexican Sediment Routing Through South Texas
For this project, I leverage detrital zircon U-Pb-He double dating to determine sediment sources and routing pathways through West Texas and South Texas during the Late Cretaceous to Paleogene. The combined provenance and exhumation proxies allow me to explore the fundamental control inherited Border Rift architecture, both through remnant topography and reactivated structures during Laramide-Mexican orogenesis, played in guiding sediment routing through the Border Region towards the Gulf of Mexico. Furthermore, the U-Pb-He double dating allows me to construct time-temperature histories of sediment source terranes in the Border Region that have since been overprinted by Basin and Range extension, providing insight into Late Cretaceous-Paleogene exhumation in the region and a framework for making sediment budget estimates.

Project 2: Fluvial Sedimentary Response to Tectono-Climatic Perturbations in West Texas
Paleogene fluvial strata of the Tornillo Group in West Texas was deposited during a period of regional tectonic activity and global climatic variation. The basin was bounded on its SW and NE margins by growing Laramide-Mexican monoclines resulting in both thickness variations and angular growth relationships in the Tornillo strata. Furthermore, the Tornillo Group was deposited continuously during major Paleogene hyperthermal events, including the PETM and ETM 2 and 3, which have been correlated to coarse grained sandstone intervals within the stratigraphy. In this project, I am studying how the kinematic behavior of the Tornillo Group fluvial systems responded to tectono-climatic perturbations. To do so, I am employing a combination of traditional stratigraphic techniques, including channel belt mapping and documentation of bar-scale strata, with new photogrammetry techniques to make robust models of the kinematic evolution of fluvial channel belts through the Tornillo Group.

Kortyna, C., DeCelles, P. & Carrapa, B. (2019). Structural and thermochronologic constraints on kinematics and timing of inversion of the Salta rift in the Tonco-Amblayo sector of the Andean retroarc fold-thrust belt, northwestern Argentina. Andean Tectonics, 429-464. https://www.sciencedirect.com/science/article/pii/B9780128160091000186. doi:.