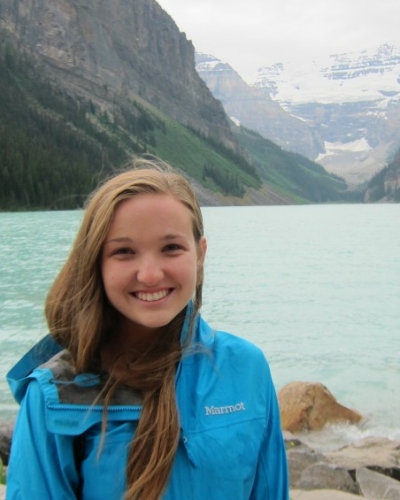 I study punctuated events in Earth's history using field observations, geo/thermochronology, microstructural analysis, and geochemistry. I am broadly interested in how deformation and sedimentation on the seconds to days timescales are expressed in the rock record.

My first project involves dating the Chicxulub target rock, which is important to advancing the understanding of ejecta and environmental processes. The YucatĂ n basement target rock has a debated tectonic history, but is suggested to be predominately Gondwanan. However, in the Carboniferous, northwest Gondwana and associated terranes-including the YucatĂ n block-collided with the Laurentia's southern margin, forming the Ouachita collisional belt. Using the IODP 364 drillcore, we use U-Pb zircon analyses to track Carboniferous arc magmatism as the Rheic ocean closed.

In my second chapter, I use detrital zircon (DZ) analyses to Â“fingerprintÂ” impact-related deposits to disentangle earthquake, ejecta, and tsunami processes around North America. This is also the first comprehensive DZ dataset for key K-Pg boundary sections. I aim to groundtruth ejecta models that estimate the atmospheric and environmental effects of the impact to understand the potential killing mechanisms of the mass extinction.

Although zircon (U-Th)/He is currently being used to date impact events, the impact-induced microstructural changes and the response of radiogenic elements to shock pressure and heating remain poorly understood. The microstructures in highly shocked grains might be more susceptible to impact-induced hydrothermal resetting. We aim to better understand the diffusion patterns of highly shocked zircon. Understanding the helium diffusion kinetics will allow the community to develop (U-Th)/He as a viable chronometer for impact craters.

I am also passionate about diversifying the geosciences. I am involved in the Geoscience Ambassadors Program where I focused on breaking down the barrier between art and STEM. Geology is a creative science!

During my Masters, I mapped cm- and mm-scale deformation around pseudotachylyte fault veins in the Fort Foster Shear Zone in the Norumbega Shear Zone in Maine. We model these stress changes after the earthquake to investigate which areas are more likely to fail. Stress changes due to healing can affect spatial distribution and magnitude of aftershocks and are important for the prediction of seismic hazard changes related to static stress transfer.

During my undergraduate, I mapped cm-scale pseudotachylyte fault veins and their insections with each other in the Norumbega Shear Zone. We found multiple generations of fault veins signifying multiple earthquakes, show the geometry of complex earthquake ruptures at mid-crustal depths, and predict what seismologists would observe if similar earthquakes are happening today.

Constraints on Carboniferous Arc Magmatism in the Chicxulub Impact Crater