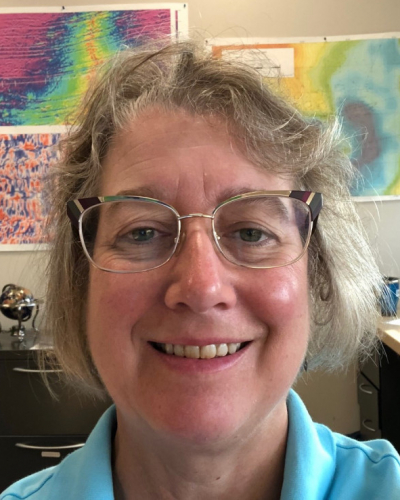 I am interested in crustal structure of various geological environments. A continuing interest is in the structure of oceanic crust, and using seismic data to understand its formation and evolution. A current project studies 0-70 Ma slow-intermediate spreading rate crust in the South Atlantic via seismic and drilling data. I am currently compiling a new synthesis of ocean crustal structure from two-dimensional seismic profiles to investigate correlations of structure with age and spreading rate. Tectonic windows expose oceanic crust at fracture zones and propagating rifts, and I have carried out seismic experiments at 2 of these locations (Hess Deep and the Blanco Fracture Zone) to correlate seismic structure with geologic boundaries mapped by submersibles. Ophiolites are often studied to gain insights into oceanic crust, but are believed to be formed primarily in suprasubduction zone settings, and I have studied the Izu-Bonin forearc which is located in this type of tectonic setting.

I am also interested in crustal structure at complex tectonic settings. I have participated in seismic studies investigating the structure of subducting crust near Costa Rica and Barbados, the size and morphology of the Chicxulub impact crater, the nature of the crust within Bransfield Strait, the arc-continent collision zone in the SE Caribbean, terrane accretion in SE Alaska, and the rifting history of the Gulf of Mexico. In order to characterize the structure in these various environments I collect wide-angle seismic data using a large air-gun source and ocean bottom seismograph receivers; this is often done in conjunction with the acquisition of multi-channel seismic reflection profiles. I then use various techniques, including 2D and 3D tomography and full waveform tomographic inversion to constrain crustal structure.

Catherine Ross , Ph.D., expected 2022 (Committee Member)
I study punctuated events in Earth's history using field observations, geo/thermochronology, microstructural analysis, and geochemistry. I am broadly interested in how deformation and sedimentation on the seconds to days timescales are expressed in the rock record. My first project involves [bold]dating the Chicxulub target rock[/bold], which is important to advancing the understanding of ejecta and environmental processes. The Yucatŕn basement...

Dominik A Kardell , Ph.D., expected 2020 (Supervisor)
I am interested in the evolution of oceanic crust and the processes that affect its physical properties. I am currently performing extensive seismic velocity analysis using MCS data from the Crustal Reflectivity Experiment Southern Transect (CREST). My goal for this project is to characterize the velocity structure of the upper oceanic crust in the western South Atlantic, which has implications...

The Chicxulub Impact Crater, and an Overview of Marine Geoscience Research at UTIG, University of Texas Dallas, (2018)

Chicxulub Crater: What an Impact!, University of Wyoming, Laramie, Wyoming (2011)

Chicxulub Crater: What an Impact!, University of Oklahoma, Norman, Oklahoma (2011)

Chicxulub Crater: What an Impact!, University of Wisconsin, Madison, Wisconsin (2011)