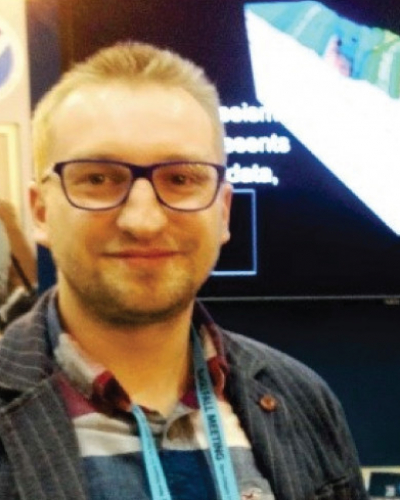 Alexeys expertise is in marine geology and geophysics, and he mainly focuses on characterization, imaging and modeling geological systems that have important implications for unconventional resource exploration, gas and gas hydrate, fluid flow and seafloor methane release, past and present climate change. Alexey received his Ph.D. in marine geophysics in 2015 in CAGE: the Centre for Arctic Gas Hydrate, Environment and Climate at The Arctic University of Norway. He acquired a masters degree in marine geology in 2009 from Saint-Petersburg State University, Russia. Prior to joining The University of Texas at Austin, Alexey worked as a postdoctoral scholar at The Ohio State University (2017 to 2020) and The Arctic University of Norway (2016-2017) where he studied gas hydrate systems in the Gulf of Mexico and on the Arctic Shelf. During his career he has worked in various regions including the Russian Arctic and Norwegian shelf, the Gulf of Mexico, the West African shelf and South China Sea. He also participated in 16 scientific cruises both in the Arctic and low-latitude seas.