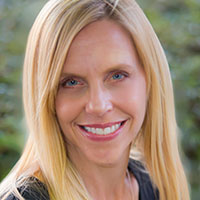 Lisa is a paleobotanist with a doctorate in plant biology. She has been a Research Fellow and Lecturer while at University of Texas-Austin and was previously an Associate Professor at the University of Nebraska-Omaha. She has taught several college courses including evolutionary biology, paleobotany, paleoecology, and biogeography. Lisa started working in the non-vertebrate paleontology collections in 2017 as a curatorial assistant and lab manager. Her interests in museum collections range from applying novel approaches to data digitization and analysis to improving access and fostering research and education at all levels. Lisa has a strong research background with extensive field experience at several sites in North America, Madagascar, and Antarctica. Her current research focuses on Cretaceous macrofloras using fossil leaves and wood to reconstruct past landscapes. She is interested in how plant distributions and responses to environmental changes influenced the direction of plant evolution resulting in the floras we see today. Lisa’s specimen contributions have been accessioned into several different museums and university collections including the Jackson School Museum of Earth History, Non-vertebrate Paleontology Collections as well as the National Museum of Natural History, The Field Museum, Chaco Culture National Historical Park, Denver Museum of Nature & Science, and the New Mexico Museum of Nature & Science. 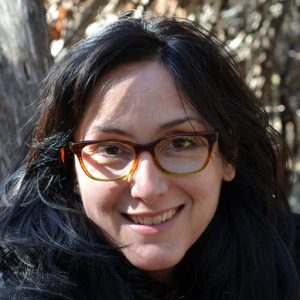 Liath is a museum collections specialist and biologist with a background in malacology, botany and ornithology. Previously Registrar at the Florida Museum of Natural History invertebrate collections and Collection Manager at the University of Michigan Museum of Zoology mollusk collections, she has been working to maintain the non-vertebrate paleontology collections at the University of Texas since 2011. Liath’s academic interests are in digital imaging, conservation of museum specimens, and evolutionary ecology. She is the database and web manager for the Jackson School Museum of Earth History, Non-vertebrate Paleontology Collections and is also the web manager and an editor for the Society for the Preservation of Natural History Collections. 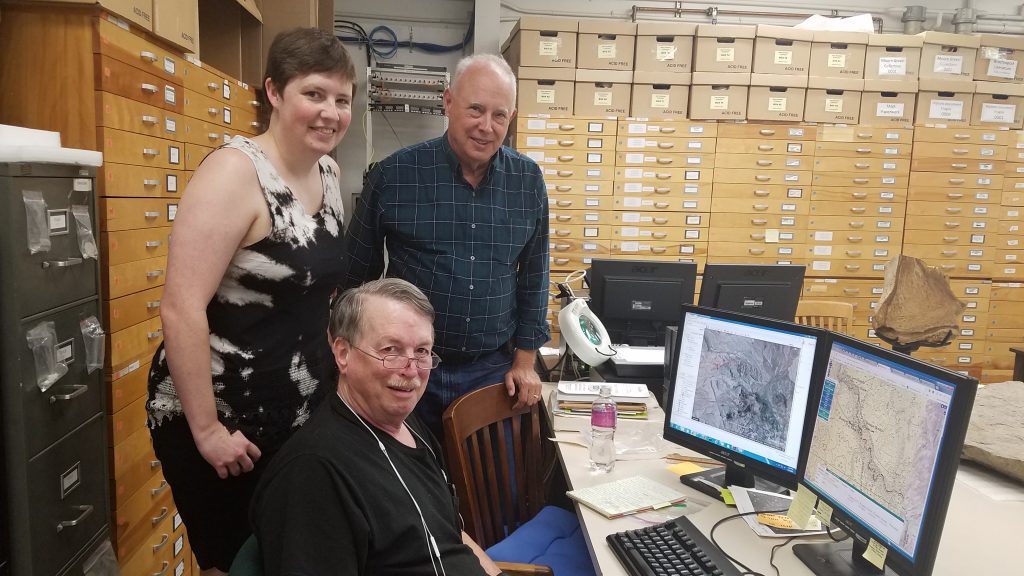 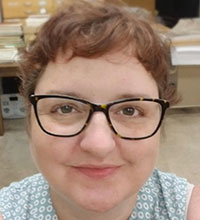 Click here for information about becoming a research assistant, intern or volunteer.

RF’s provide an important resource for NPL. Their ongoing research may add to the collection, or may increase the use of the current holdings. They also help keep the taxonomic designations current within their areas of expertise.

They are listed below, alphabetically.

Christopher Garvie (B.S.)
Austin, TX
Christopher Garvie read mathematics at the University of Aberdeen, Scotland, and his professional career lies in the development of scientific and industrial real-time software and systems. He has had an extended interest in both vertebrate and invertebrate paleontology since 1971, with recent emphasis on Gulf Coast molluscan faunas of the late Cretaceous through early Eocene, particularly the Turridae (six papers to date). He is helping the NPL staff curate and identify their specimens, but still manages to find time for family, classical music and the visual arts! Chris is one of the research fellows of NPL and in 2006 he was awarded the prestigious Strimple Award from the Paleontological Society. He also received scholarship support from the Paleontological Society of Austin to present his research at the malacological meetings in Belgium 2007.  In 2008 Chris was honored for his research contributions by the Paleontological Research Institute (PRI) with the Katherine Palmer Award.

“I work primary on Mesozoic Coral Taxonomy with a certain focus on Late Jurassic to Paleogene. Taxonomy is more tool to understand evolution and reaction to changing environmental conditions. I am working much with database and mathematical methods and I am writing most software I use by myself (with Delphi).”

Linda McCall
North Carolina Fossil Club
Linda McCall is an avocational paleontologist who attended the University of Texas from 1975-1977, and again in 1998, as a Geology major, but paleontology is her heart. She worked as a student assistant in the Vertebrate Paleontology Lab in the mid 1970s, and co-authored her first paper with Dr. James Sprinkle and others in 1985, based on a specimen she collected from the Bromide Formation in Oklahoma. After a 23-year break and several children, Linda, together with Dr. Ann Molineux and Dr. James Sprinkle have co-authored several papers, one of which received the second place Grover E. Murray Best Published Paper award,  and another won a third place Thomas A. Philpot award. Her current areas of interest are cretaceous marine ecosystems in the Austin area encompassing the Edwards and Del Rio formations and the Austin Group; preserved ligament in the Plio-Pleistocene Waccamaw Formation of Columbus County North Carolina; and Oligocene color retention in invertebrates of the River Bend Formation of Onslow County, North Carolina. A prolific collector, Linda has donated tens of thousands of specimens to the UT collections.

Dr. Chris L. Schneider
DevonianSolutions.com and University of Alberta, CA
Chris worked as a graduate research assistant at NPL for several semesters. She was involved in integrating the Mesozoic collection of Keith Young and inventorying part of the Paleozoic collection – her favorite time zone! She also worked with a group of high school students in the Heart project. This was a projectt to introduce paleontology to high school students, involving them both in the collections and in field work during their summer semester. Chris graduated with her Ph.D. on the paleoecology of the Winchell Formation in north-central Texas. She has been involved in various research positions since then and is currently at the University of Alberta, Canada.

Dr. Louis Zachos
University of Mississippi
Oxford, MS
Louis Zachos, a geologist by training and a paleontologist by habit, is interested in the Tertiary echinoids of the Gulf coast. He worked his way slowly through NPL’s Tertiary collections, seeking the echinoids hidden there. He came across so many interesting fossils that he has decided to inventory the collections while he was at it. Louis Zachos is a prolific worker. As volunteer (noted above) and later research fellow he inventoried the entire Tertiary collection at NPL. His last task as a graduate student was to develop the protocols for imaging the type specimens in the NPL collection.  A project funded by NSF. His primary interest is in Tertiary non-vertebrate faunas, particularly the echinoids (sea urchins, sand dollars, and similar spiny organisms). After gaining his doctorate at the Jackson School of Geosciences on the subject of theoretical morphology of echinoids he accepted a position at the University of Mississippi,’Ole Miss’.  In his spare time he paddles one of his trusty kayaks up and down Texas rivers in an attempt to trace the routes taken by R.A.F. Penrose, E.T. Dumble, and R.T. Hill on their river explorations of the late 1800’s and develop mobile filed trip applications. Also see: “The Search for Devil’s Eye”

Dr. Sarah Zellers
University of Central Missouri
Warrensburg, MO
Sally Zellers is now a Research Fellow who is interested in understanding glaciomarine sediments by examining foraminiferal faunas associated with them.  Currently she is working on characterizing Recent foraminifera in Yakutat and Disenchantment Bays in Alaska.  She is relying heavily on picked and identified reference collections of Neogene and Recent Alaskan foraminifera in the NPL collections. Another upcoming project is to use foraminiferal assemblages to test seismic stratigraphic interpretations of glaciomarine sequences on the Alaskan continental shelf.  In addition to this research, Sally enjoys teaching undergraduate classes in Geology, Stratigraphy, and Meteorology at Central Missouri State University where she is an Associate Professor in the Department of Biology and Earth Science.