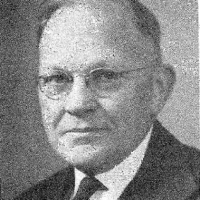 Luther Snider was born at Mount Summit, Indiana on September 13, 1882. He received a BA degree from Indiana University in 1907, where he was elected to Phi Beta Kappa, an MA degree at the same institution a year later, and a PhD from the University of Chicago in 1915. He began his teaching career in public schools in 1901. From 1909 to 1915 he served as Chemist, Field Geologist, and Assistant Director of the Oklahoma Geological Survey. Snider later worked for the Pierce Oil Company, the Cosden Oil Company, and then served as Chief Geologist for Henry Doherty and Company in New York City for 10 years. From the latter position he joined Cities Service Company until 1941, when he joined UT as Professor. Dr. Snider may have been the first UT geology faculty member to publish a text book (Earth History ), although this contribution was made before he joined UT. He had completed a second, but unpublished, textbook just before his death. His teaching specialty was petroleum geology. He supervised 3 MA students during his 6 years as a faculty member in the department.

Snider was a member of several professional societies, served as the editor of the AAPG Bulletin between 1933 and 1937 and president of the AAPG in 1940.