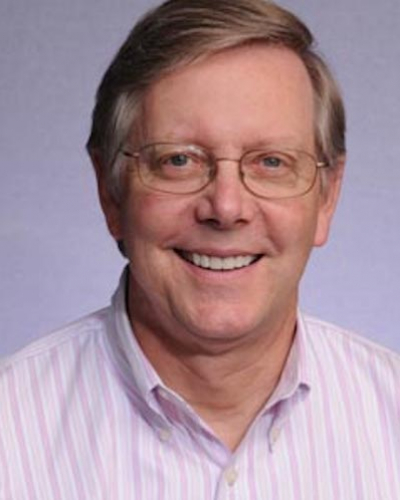 Prof. Carlson is a metamorphic petrologist and geochemist whose research focus is on the rates and mechanisms of geochemical processes in the deep crust. He joined the faculty of the UT Department of Geological Sciences in 1980, with a B.S. degree from Stanford and a Ph.D. degree from UCLA.

His early studies of mineralogical phase equilibria led into investigations of the kinetics of metamorphic reactions, in order to understand rates of equilibration and scales of disequilibrium in deep-crustal geochemical systems. Central to the success of those efforts was his development of geological applications of high-resolution X-ray computed tomography -- the equivalent of CAT-scanning of rocks, fossils, and meteorites. Along with Profs. Tim Rowe and John Kappelman, he established UTCT, the nation's first X-ray CT facility dedicated to and optimized for scanning of geological specimens; this has grown into a national shared multi-user facility that has been supported since 1999 by the National Science Foundation. For these efforts and for other achievements in mineralogical research, he was awarded the Dana Medal of the Mineralogical Society of America in 2005.

Recent research in Carlson's group has centered on: understanding the controls on the rates and mechanisms of nucleation in metamorphic systems; determination of hand-sample-scale strain rates at very high temporal resolution; quantification of the kinetics of porphyroblast nucleation and growth, and of the departures from chemical equilibrium that accompany crystallization; and acquisition, evaluation, and synthesis of data on rates of intracrystalline diffusion in garnet, with present emphasis on the application of techniques of computational chemistry (molecular statics, molecular dynamics) to understand the complex controls on diffusion in natural materials.

Carlson's dedication to teaching of undergraduate and graduate students has produced numerous departmental teaching awards, induction into the University's Academy of Distinguished Teachers, and selection for the Regents' Outstanding Teaching Award from the University of Texas System. He was the founder of the Department's Undergraduate Honors Research Program.

He served as Chair of the Department of Geological Sciences, and as Associate Dean for Academic Affairs in the College of Natural Sciences, before leading the team that created the organizational charter establishing the Jackson School of Geosciences as an autonomous college-level component of the University.

Carlson retired from his faculty position in 2014, and continues his research efforts as Professor Emeritus.

Field, analytical, and experimental studies of metamorphic petrogenesis, with emphasis on the rates and mechanisms of metamorphic reactions. Geological applications of high-resolution X-ray computed tomography. Analytical and computational studies of intracrystalline and intergranular diffusion.

UT Professor of the Month - UT Senate of College Councils (2010)

UT Academy of Distinguished Teachers - Univeristy of Texas at Austin (2006)

Fellow - American Association for the Advancement of Science (2001)

In his position as Professor Emeritus, Carlson is no longer actively supervising students.

Invited: "Controls on diffusion of divalent cations in garnet: The roles of host-crystal composition and ionic size", Geological Society of America, Denver, Colorado (2010)

Keynote: "Controls on the nucleation and growth of porphyroblasts", Mineralogical Society of Great Britain and Ireland, Liverpool, England (1994)

Sorry, no spots available... (Graduate or Undergraduate)
Having retired from my faculty position in 2014, I am no longer taking on new students.

Photos and some links for some recent members of the Carlson group. To see all photos, click on far-right icon above (the one with 9 little boxes)...