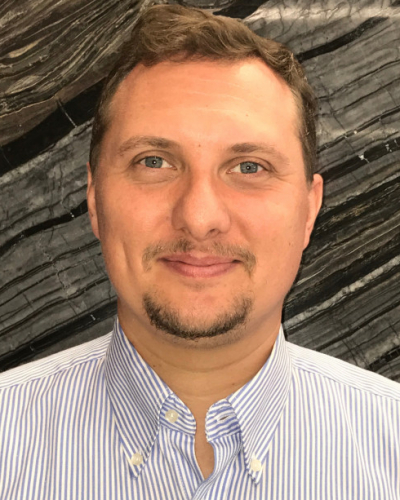 I was born and raised in Italy in a wonderful town near Venice. Schio, my hometown, rests at the foot of "Piccole Dolomiti" (Small Dolomites). I love mountains; I was a boy-scout from 9 to 23 years old and since 1996 I am a caver - and by the way: Austin is great for caving! I am passionate about photography, especially about 3D photography. Since 2009 I am a member of La Salle-3D that is an international group of photographers. I like riding my mountain-bike along alpine tracks, and when the tracks are covered by snow, I love practicing cross-country skiing - but not in Austin...
When I was a teenager I spent more time in the garage "inventing" and "experimenting" rather than in front of books...
During high school, I studied electrical and automation engineering. Between 1999 and 2000 I was a policeman to fulfill the Italian compulsory military service. After that, and until 2004, I was an insurance agent. Meanwhile, the passion for mountains, caves and science was pushing me towards college. In October 2001, I started my Bachelor in Geology and I loved it! I graduated in December 2004. Meanwhile, after an internship, TecnoPenta srl offered me a position as technician. I worked for TecnoPenta srl between 2005 and 2009 and this experience allowed me to perfect my knowledge about laboratory and field measurements in geosciences.
I started my Master studies in October 2005. I graduated in October 2008 with a thesis in experimental rock physics studying static and dynamic friction in limestones. I had the honor of being supervised by Dr. Giulio Di Toro.
In March 2009 I started my PhD in Zurich (CH) and I had again the honor of having a great supervisor: Dr. Luigi Burlini. Sadly, Luigi passed away in December 2009, after a long disease, and my supervision was overtaken by Dr. Erik Saenger and Dr. Jean-Pierre Burg. I graduated in April 2013 with a thesis on rock physics, treating the attenuation of seismic waves in saturated sedimentary rocks.
Meanwhile, I met Dr. Giovanni Grasselli who offered for me to join his research group at the University of Toronto (UofT). In 2014 and 2015 I was a post-doc at the Department of Civil Eng. of UofT. During this time I learned how to use and maintain X-ray micro-computed tomography (micro-CT) apparatus and I paired micro-CT with classic rock-physics and -mechanics experiments.
On April 10th, 2014 I became father of a wonderful girl: Beatrice.
In January 2016 - together with my family that on March 23rd, 2017 grew with the addition of awesome Serena - I started my new adventure in Austin, and I am happy and honored to be here!

By the way, if you like to know more about my research you could watch this...and if you like caves here a nice and short video show.

Nicola is proud to be a member of the ROCKETH-science - Rock Physics Network.

Sebastian Ramiro ramirez , Ph.D., expected 2020 (Committee Member)
Sebastian started his PhD program at UT in 2016. He is interested in petrographic, geochemical and petrophysical studies of mudrocks, and is currently working on porosity and permeability experiments in the Wolfcamp and Bone Spring formations, Delaware Basin.

Ethan M Conrad (Co-supervisor)
Ethan is a second year PhD student studying structural geology, tectonics and tectonic geomorphology. He uses field work, thermochronology and laboratory experiments to study how the Earth has deformed over time. The field component of his research is focused on the Cenozoic evolution of the Northern Caribbean Plate Boundary. In particular, the geology of Hispaniola as a key record of...

Viscoelasticity of Rocks, Institute of Geophysics – The University of Texas at Austin:, Texas (2016)

How rock-physics can contribute to ensure a reliable and sustainable energy system, VirginiaTech, USA (2015)